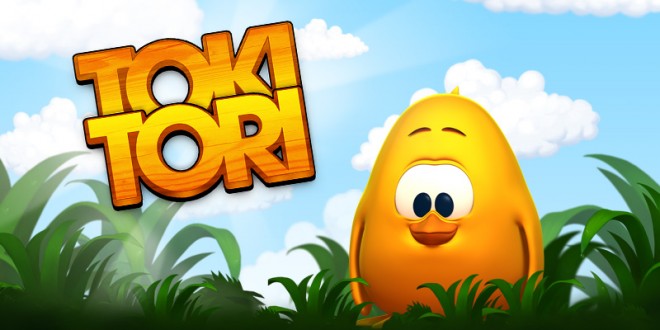 Having launched on Switch last month, most Switch owners by now, may already know about the Heroic chicken Toki Tori and his hit puzzle platformer gameplay from Toki Tori 2+, but now the time has come to enjoy his original adventure. I’m ready, are you? Let’s jump right into where it all began for this heroic chicken with my review of the original Toki Tori!

Although they said Rive would be their final game in 2016, the developer behind Toki Tori, Two Tribes, are well known in the Switch development scene as they have released a total of 3 games (including this one) on the Nintendo Switch system. Their previously released games include Toki Tori 2+, and Rive: Ultimate Edition. In Toki Tori, the player assumes the role of as the heroic chicken “Toki Tori” and your goal is to collect the many eggs scattered throughout the 5 unique worlds and the vast 80+ levels (which include different difficulty sets) within those worlds. What’s the catch? Well, you’re unable to jump or fly, which means you’re limited on what you can do! Do you have what it takes to help guide Toki Tori? Does this premise make you eggcited to dive in? Creative thinking and problem-solving are required!

As mentioned above, your main goal is simply to collect a certain amount of eggs across each level. What makes this premise interesting and unique? Well, as you progress you start to unlock unique power-ups that allow Toki Tori to finish and clear certain obstacles. These power-ups (although limited) will often be used to help you move forward toward that last egg you need! I won’t spoil all the power-ups, but one of the first ones you unlock in the game will allow you to build a small platform that can be used as a bridge! This can be used as a way to get across areas to reach the other side. Let’s see if you have what it takes to solve these eggcellent puzzles!

Let’s say you get stuck within a level or need to undue something? Well, the game offers both a skip level ticket and a rewind feature that will let you undo everything up to a certain point. This can be used for those who have found they’ve made a mistake and would like to attempt a certain obstacle or challenge again. Originally released on Game Boy Color in 2001, this remastered classic features stunning HD with vibrant and colorful visuals. Each world has its own unique vibrant color scheme and more! Comparing it with its predecessor, it’s easy to see the amount of work that went into the various enhancements to make this the definitive version of the game.

The game also has a large variety as far as the soundtrack goes. What does it offer? Well, players are presented with a catchy music track right when they boot up the game! Each world features its own unique soundtrack that fits in with the general vibe/aesthetic for the game world. For example, the first world Forest Falls, gives you a nice naturesque soundtrack. With the large variety offered, not once did I ever feel like the soundtrack came off as repetitive. I enjoyed the different takes on the music featured in every world.

While being interested in this title from the start, I generally thought it was just ok at times and a bit challenging at other points. With the various power-ups, I did find the gameplay a bit repetitive after a certain time. Some pros would have to be the enhanced HD visuals over its original predecessor, the amount of content you get, and the amount of thinking required for the puzzle solving. Would I recommend it? I would if you’re a fan of challenging puzzle platformers. The difficulty may turn off some people so I’d recommend it if you enjoy these types of games.

Is this enhanced classic from the Game Boy Color worthy of your time? Yes, but only if you enjoyed the games sequel or love challenging puzzle platformers. The gameplay just felt bland and repetitive to me after a while. Although, Toki Tori does offers a lot in terms of content for the low price, and can often be a challenge later on to finish. It offers a lot of differences from its sequel, so I would recommend this to those who want to see where it all began.