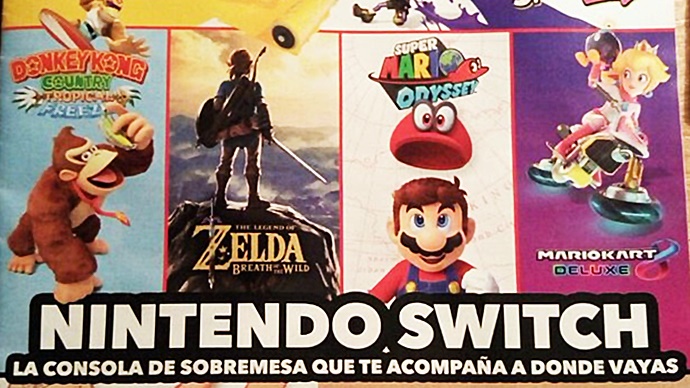 Images have been shared on Twitter by user @ActualAero that depicts pages from the accompaniment magazine of Spain’s Official Nintendo Magazine (Revista Oficial Nintendo). One particular page looks at various Nintendo exclusives that are in development. These titles being Pokémon, Yoshi, Fire Emblem, Metroid Prime, Octopath Traveller, No More Heroes, Bayonetta 3 and The World Ends With You.

We have translated the text into English below. Though it doesn’t offer too much insight, it does give a little reminder of what we all know already.

After a lifetime associated with portable consoles, the canonical side of Pokémon will jump to the tabletop console with its eighth generation. Game Freak and The Pokémon Company are rethinking the saga to surprise with new mechanics, either in 2018 or later.

Parked since the days of Wii, the subsaga Metroid Prime, characterized by its subjective perspective, will return with a delivery that will continue the story of the original trilogy, with Samus Aran as the protagonist.

The Square Enix team that created Bravely Default are working on this RPG that has a pixelated aesthetic, which will honor the classics of Super Nintendo. It is planned for 2018.

The brilliant role and strategy saga of Intelligent Systems will make its Switch debut, in what will be its expected return to a on the tabletop console. It is planned for 2018, but the studio has not yet revealed on what will be its approach though there will surely be perma-death.

Platinum Games, the studio that best dominates the frenetic hack and slash genre, will once again bring its favorite witch exclusively to a Nintendo console. Again, you will face hordes of angels and demons again.

Goich Suda, one of the greatest geniuses in the industry, and his Grasshopper Manufacture team will launch on Switch this long awaited sequel, in which Travis Touchdown will once again wield his laser sword.

The smallest and most sympathetic dinosaur will make his Switch debut in 2018 with a 2D platformer that will have a  diorama approach, so that the scenarios will pop up in front and behind, full of jumps and surprises.

The World Ends With You

This DS classic will be revisited in Summer 2018, with its development of rhythmic adventure and its incredible visual section, the work of Tetsuya Nomura, the designer of Kingdom Hearts.