[Feature] Pokken Tournament DX: Battle Pack 2- Is It Worth It? 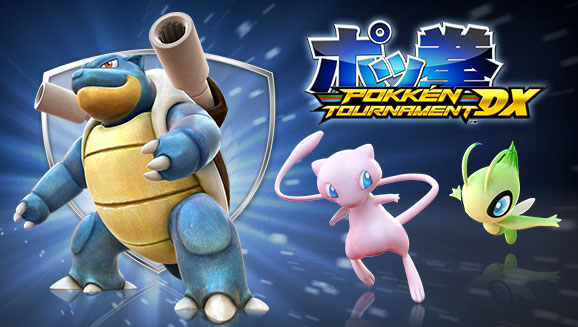 *This is for the second Battle Pack of Pokken Tournament DX. If you would like to know our thoughts on the first Battle Pack, check out that Feature here.

Pokken Tournament DX for Nintendo Switch has received its second bout of DLC, bringing yet another new Battle Pokémon to the roster with another set of support Pokémon. There are also a few more avatar items and outfits for Nia. However, this Battle Pack doesn’t just bring any old Pokémon. This time, the Aquatic Powerhouse that is Blastoise makes his Debut in Pokken Tournament DX.

There is not a Pokémon Trainer alive who doesn’t know this Pokémon. The final evolution of Squirtle and number 9 on the national Pokedex of Kanto, Blastoise is one of the original 150 Pokémon in Pokémon Red/Blue. He also features on the box art and title menu of Pokémon Blue. He is also my favourite Pokémon ever. Period! So when I found out that he was coming to Pokken Tournament, I just had to have him in my roster.

I had already paid the $15 dollars for the Battle Pack 1 & 2 when it was first announced, so when the second pack released, I was immediately downloading it. Aegislash did surprise me but was just not enough to make the DLC worth it but Blastoise? I will just say, Yes! Blastoise is one of those Pokémon that you think should have always have been included. Charizard needs his eternal rival and now, the true Pokémon battle between Charizard and Blastoise can truly play out in beautiful HD. Blastoise is more than a match for any opponent.

Blastoise is slow but exceptionally powerful. He can take attacks and serve them back double. He relies on ranged attacks to whittle his opponent’s HP as close up attacks puts Blastoise at a disadvantage. His Synergy Burst has Blastoise turn into his Mega evolve form. His Burst Attack caused him to charge into his opponent, smashing them into the rocks and flinging them into the air before blasting them into oblivion with his central cannon. The support Pokémon are Mew and Celebi. Mew randomly increases your attack, critical hits or boosts your synergy gauge. Celebi causes an instant phase shift which you can use to your favour when duel phase is a little too close for comfort and you need some space.

Blastoise is for me, the be all and end all of Pokken Tournament. He is the first Pokémon that has gotten me through both Chroma League AND Iron League, earning me the title of “Grandmaster.” He can take a hit and give it back. His shell is used both for defense and offense and is just a delight to play as. Though, the DLC price is still pretty pricey, Blastoise is certainly worth his part of the price. When combined with the Support Pokémon Mega Rayquaza from the first Battle Pack, he is a force to be reckoned with.

With the inclusion of Blastoise and Aegislash, there is still a space left for another Battle Pokémon should a Battle Pack 3 be on the cards. There is also space for two Support Pokémon pairs as well. Whether or not we get a 3rd Battle Pack and whether it will be paid DLC or as a free update is another question. Should that be the case, who do you think the final Battle Pokémon should be and what Support Pokémon do you think would be a good addition? Please feel free to let us know in the comments!

One thought on “[Feature] Pokken Tournament DX: Battle Pack 2- Is It Worth It?”