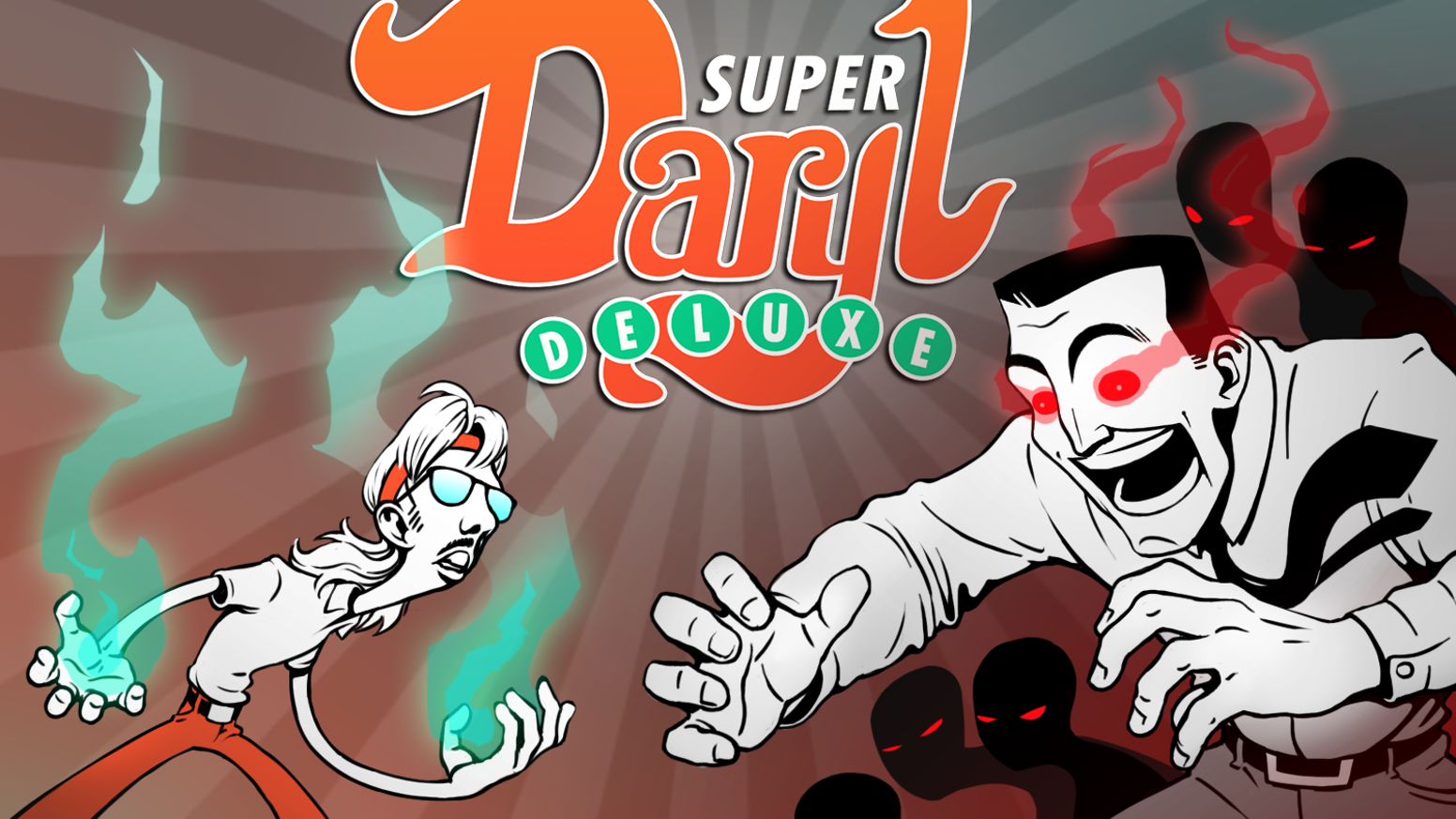 Hey, Do you want to go to a school where the classes take you to alternate realities relative to your favourite subjects? Well, Super Daryl Deluxe is coming to the Nintendo Switch on April 10th and if you would like to know more, feel free to continue down to the official press release.

ROCHESTER, N.Y. – March 12, 2018 – Super Daryl Deluxe, the RPGvania with a brawler-style combat system and hand-drawn comic aesthetic from Dan & Gary Games, will proudly display its first pathetic attempt at facial hair on Nintendo Switch in addition to the previously announced upcoming PlayStation 4 and PC releases. Super Daryl Deluxe will make things weird and save the world on April 10, 2018.

Water Falls High School, of course, is a perfectly normal multidimensional high school. Its classrooms literally whisk students away to alternate worlds coinciding with their subjects, where kids can do anything from arguing the value of capitalism with Joseph Stalin in History to offering a fist bump to Oedipus in Literature. You know, just like every other school.
What’s not normal are the missing students, the locked down classrooms, and the shadowy principal that no one has actually seen. Not to mention something about a secret that nearly destroyed the world 40 years ago.

Enter Daryl Whitelaw, the poorly-postured mouth-breather who just wants to make friends that has found himself the unlikely hero of this story. With the aid of a self-help book, Daryl can attain more than 45 powers, from thrashing enemies with an axe three times his weight to cleaning their faces up with a mop. Abilities can be customized and upgraded, making for endless playstyles and combinations.
While he’s got combat covered, Daryl’s going to need some help making friends. Luckily, he can complete side quests to increase his social rank, gain new passive abilities, and be less of a hopeless mess. Daryl can piece together some sweet gear to beef himself up, but at the end of the day he’s still rocking his snazzy headband and mullet.

Fashion icon he’s not, but it’s up to Daryl to find out what’s happening at Water Falls High School and what connection it has to that mysterious something or another that happened four decades ago. You know, the one that almost destroyed the world. Yeah, that one.
“Super Daryl Deluxe is a deep, explorative look into the male teenage psyche,” says Gary Porter, Gary of Dan & Gary Games. “Nah, just kidding. It is pretty good, though. You should check it out before all your friends so you can tell them how great it is and how you played it before they did and how much better than them you are.”