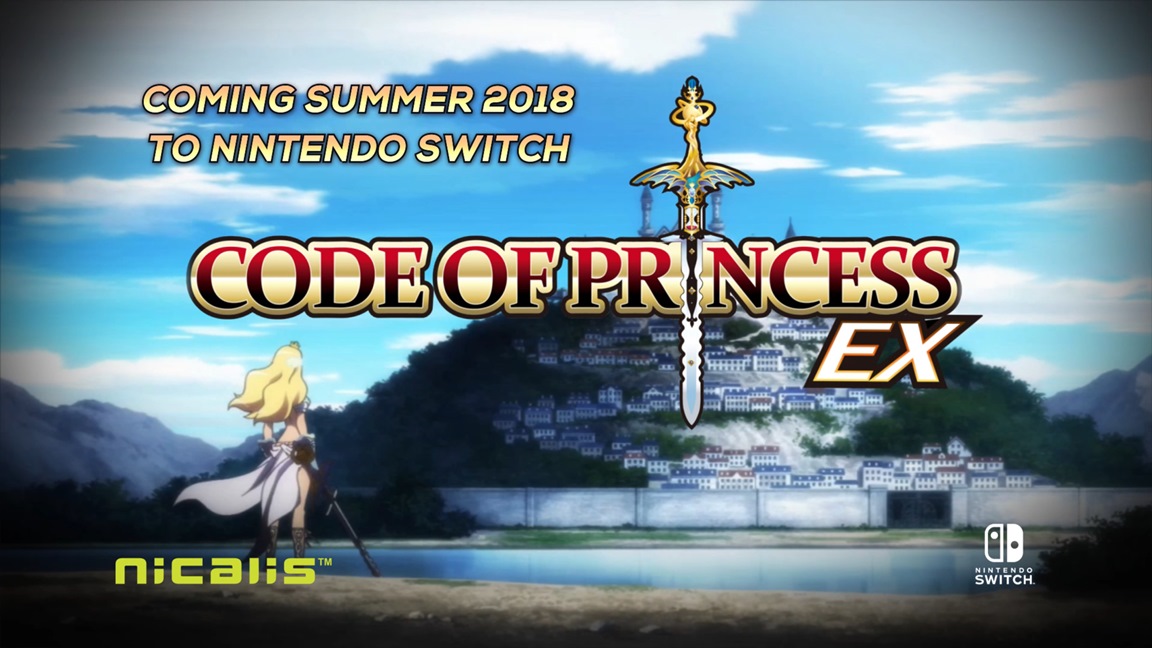 You know who’s been quiet lately? Nicalis. It’s been a while since we’ve heard from them and they must have thought the same because they have now come out to announce another game they will be bringing to the Nintendo Switch and give it a physical release and it is, Code of Princess EX. The full announcement can be seen here:

CODE OF PRINCESS EX PREPARES FOR BATTLE ON NINTENDO SWITCH™:

SANTA ANA, California, March 7, 2018 — Nicalis, Inc. is EXcited to announce the heroic return of a fan favorite: Princess Solange of DeLuxia in Code of Princess EX. Developed by Studio Saizensen in collaboration with legendary artist Kinu Nishimura, Code of Princess EX arrives for Nintendo Switch™ in digital form and physically at major retailers across North America in Summer 2018.

The story within Code of Princess EX follows Princess Solange of DeLuxia as she fights to restore order in a world where monsters are trying to overtake the human race. Armed with the legendary sword DeLuxcalibur, Solange assembles a team of talented fighters to join her quest. Together, they embark on an epic journey to confront the monster uprising and try to discover its secret origins.

Published by Nicalis, the upcoming digital and physical release of Code of Princess EX is rated “T for Teen” by the ESRB and will available in Summer 2018 on Nintendo Switch for $39.99 MSRP. The launch edition of the retail version will include a full-color instruction booklet and a bonus mystery item that will be revealed soon.