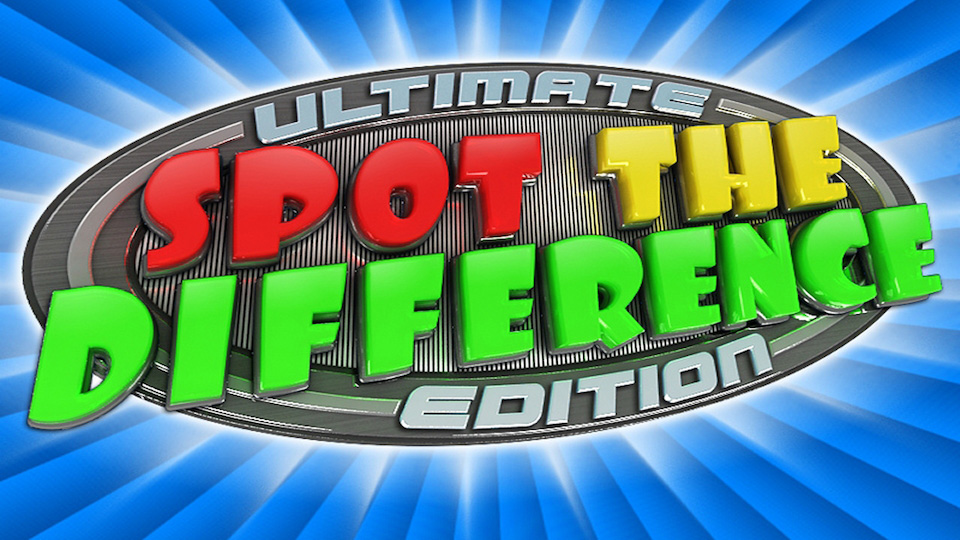 Is Spot The Difference: Ultimate Edition truly the “Ultimate” version of this old arcade classic? Let’s find out.

Known for their arcade classics on mobile devices and amusement game machines, Sabec are now in the business of bringing games to the Nintendo Switch, but just what do they have to offer? Well, there’s Air Hockey, and Pool and Spot The Difference: Ultimate Edition, a game which is described as being a special edition that wields the same exciting gameplay as seen on the original amusement machine game!

As for its gameplay, being a spot the difference video game, you would be right to assume Spot The Difference will line up two near identical pictures for eagle eyed players to compare the images and try to find all the differences between them, in a certain amount of time given.

I’ll admit the gameplay is pretty barebones, as you would be right to assume Spot The Difference will line up two near identical pictures, side by side, and it is the job of for eagle eyed players to compare the images and try to spot all the differences between them. The game will keep going even if you clear one set of pictures, as you will continue being given images and differences to spot, until time runs out. Should you click the wrong area of an image by mistake though, well, you’ll have to be punished for that mistake as you will be welcomed with a penalty of decreased time.

If you are unable to find a difference and require an assist, Spot The Difference will offer you 3 assists that will show you the differences in any photo, or you can have the option of asking a friend present in the same room as you, to also look at the screen and see if they can spot what you can not. But, should they wish to challenge you, Spot the Difference just so happens to offer a two player experience, with a co-op campaign and the means for players to go head to head with split Joy-Con..

The visuals and soundtracks are overall pretty bland and can get boring a little too quickly, especially when you consider the game only offers one song for its background music and a typical sound effect that occurs when you click and get a difference wrong. Then there’s the visuals that aren’t grand and resemble what you would typically find in a mobile title and the pictures themselves aren’t as clear as they could have been, due to being a bit blurry at times, as the resolution of these photos aren’t the greatest. On top of that, when in-game, you can actually see border lines above and below the 1, 2, 3, & 4 located towards the bottom of the screen, which gives the images the appearance of being copy and pasted onto a template.

Sadly, despite being interested in Spot The Difference to begin with, it’s fun for about five minutes and better suited to being played in short sessions. However, it stay true to the original amusement machine gameplay wise, but even then that doesn’t justify it as being a must own game. It is the first “find the difference” game on the Switch, but other than the 2 player campaign (if that’s your thing,) is doesn’t really have all that much to offer as it doesn’t truly set itself apart from better versions of the game that can find online for free.

Along with the above, there’s also a wide array of issues that are present within the title. For example, whenever you hit the screenshot button you get the “this software doesn’t support video capture” pop up although this makes sense that screenshots would be disabled for a game like this to prevent cheating, but it’s more of a case that it isn’t supported, much like how I, Zombie doesn’t support it either. Another minor, yet tedious issue, is the leaderboard screen, which prevents and disables the OK button to move past that screen unless your name is a certain amount of characters. It is a shame Spot The Difference did fail to please, as it could have gone on to be a much better game, had it have the chance to feature things such as online multiplayer and additional updates to add new pictures, but it was not meant to be.

Spot The Difference: Ultimate Edition is definitely not the ultimate version of this classic arcade game in my mind. I believe there were many missed potentials for additional modes/content that really could have made this game something else, other than the simple creation we have now that would feel like a direct port, if not for the 2-player co-op mode with split Joy-Con support, but even that loses its charm over time. So, unless this game is a must for you, feel free to put it on the back burner for the time being.