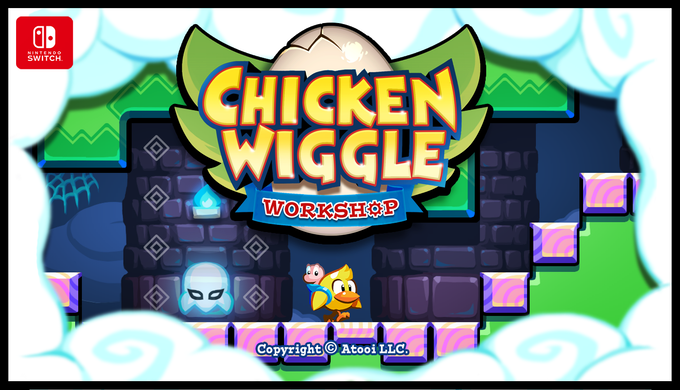 Despite having the talented Jools Watsham and Atooi behind it and being something of a fantastic game on the Nintendo 3DS, Chicken Wiggle was not the beloved title it could have been, but all of that could change and soon!

As previously revealed, Atooi are hoping to bring Chicken Wiggle to the Nintendo Switch, via the aid of a Kickstart. Well, it is March 6, the Kickstarter campaign is now live and if all goes well and the game meets its target goal of $30,000 US dollars by April 5, not only will it get a HD do over, but there will even be a newly composed soundtrack by Grant Kirkhope. Here’s a few additional details regarding the revised version and photos:

“Chicken Wiggle Workshop is a port of the Nintendo 3DS game, with new HD artwork. Don’t worry retro fans, you’ll be able to toggle between HD and retro visuals! And yes, all of the levels created on Nintendo 3DS will be playable on Nintendo Switch in glorious new HD artwork! “Workshop” has been added to the title to highlight the fantastic level editor and sharing tools featured at the heart of the game.”

For anyone who would like to check out the campaign and learn even more about the new game, be sure to use the link below: