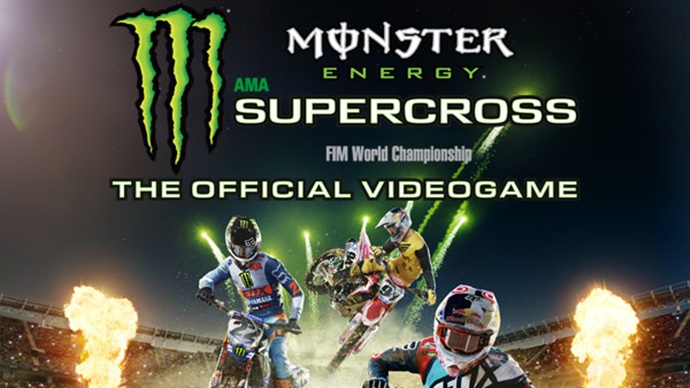 February 13, 2018 6:17 pm Published by Mike Scorpio Leave your thoughts
Supercross fans get ready as Monster Energy Supercross: The Official Videogame is now available on Nintendo Switch, PS4, Xbox One, Windows PC and Steam. The off-road racing title will cost $59.99 for the standard edition and $69.99 for the Special edition which includes the game and season pass. The season pass can also be bought separately for $14.99 so if you are wanting all 5 DLC packs included in the season pass for the game, you will certainly be better off purchasing the Special edition.
Here are the full details about the game including the trailer and what each DLC pack includes.

Milan, Italy – February 13, 2018 – Milestone, one of the leading racing game developers in the world, is proud to announce Monster Energy Supercross – The Official Videogame is now available on PlayStation®4, Xbox One, Windows PC®/STEAM, and Nintendo Switch™.

Additionally, players can now purchase the Monster Energy Supercross Season Pass for $14.99, granting access to additional content. Available only for PlayStation®4 and Xbox One, the Season Pass delivers five DLCs, three of which are available now and include:

Releasing at a later date, the last two DLC add-ons will include:

The Track Editor and online modes will only be available on PlayStation®4, Xbox One and Windows PC®/STEAM.

The standard edition of Monster Energy Supercross – The Official Videogame is available for PlayStation®4, Xbox One, Nintendo Switch™, and Windows PC®/STEAM at $59.99, while the Special Edition, which includes the full game and Season Pass, is $69.99.