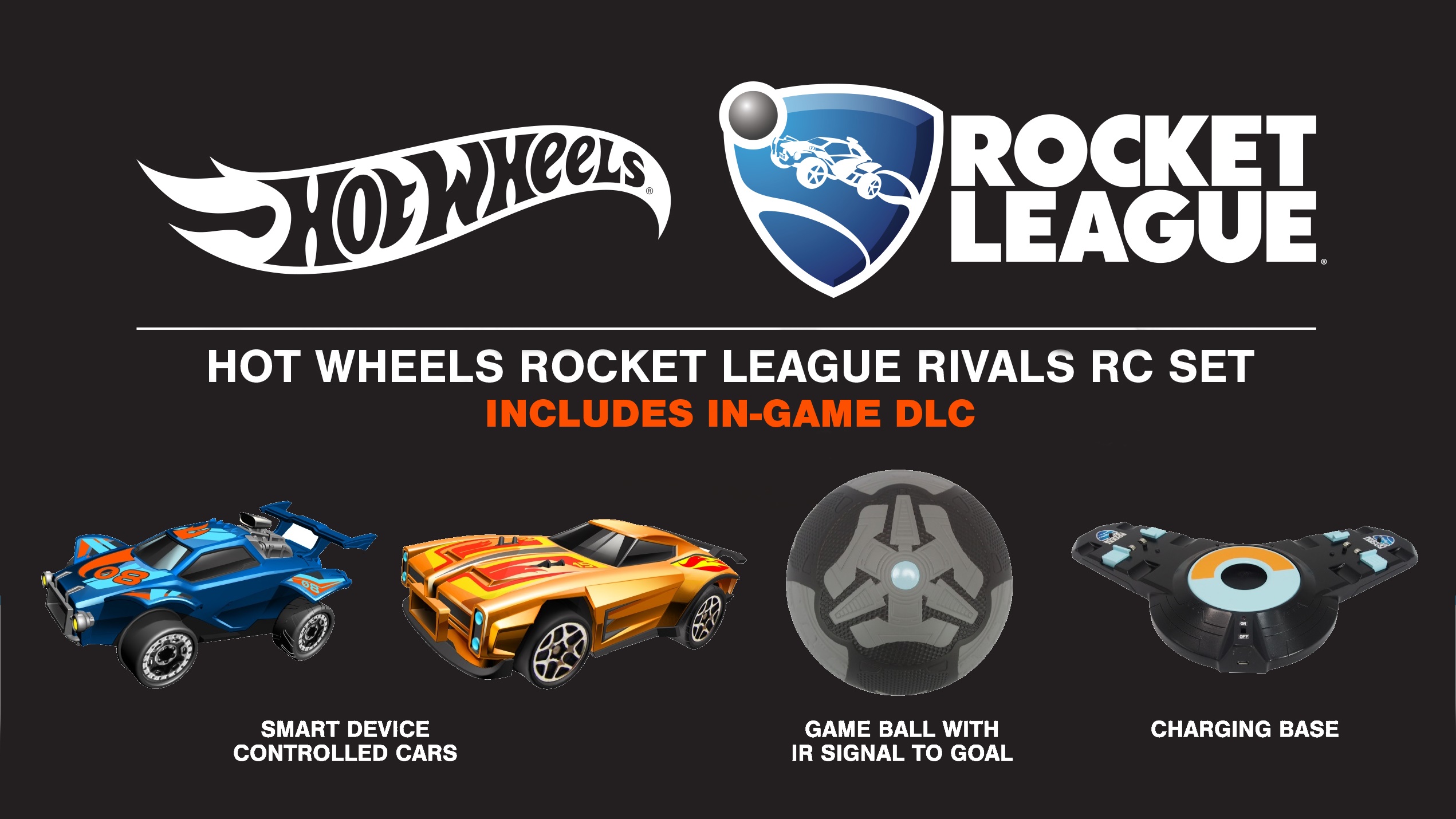 Coming in Fall 2018, You will be able to get your hands on some Rocket League Remote control cars that can be operated with your phone!

Psyonix has announced that they are partnering up with Hot Wheels again to bring out a new toy set “Hot Wheels Rocket League RC Rivals Set.” The set will feature two bluetooth connected RC cars based on the Octane and Dominus Battle-Cars that you can control with you own smart device. You will also get a play mat and a Ball with an IR Signal which is connected to the goal so it can keep track of your score on the LCD scoreboard.

Here are a couple of statements from both parties about this new partnership:

“We’re thrilled to further our partnership with Hot Wheels and bring Rocket League to life with this upcoming toy set but that’s just the beginning of what we have planned. You can expect to see some really, really cool things come out of our new Hot Wheels alliance.”

“Hot Wheels’ partnership with Rocket League has given us the opportunity to reengage with older gamers who may have played with Hot Wheels as a kid, We know that Hot Wheels and Rocket League fans loved our digital DLC integration in 2017, and will be thrilled to take on the challenge with this new RC playset that merges physical and digital gaming.”

More details on the Hot Wheels Rocket League RC Rivals Set and the partnership of Psyonix and Hot Wheels in 2018 will be announced sometime later in the year.