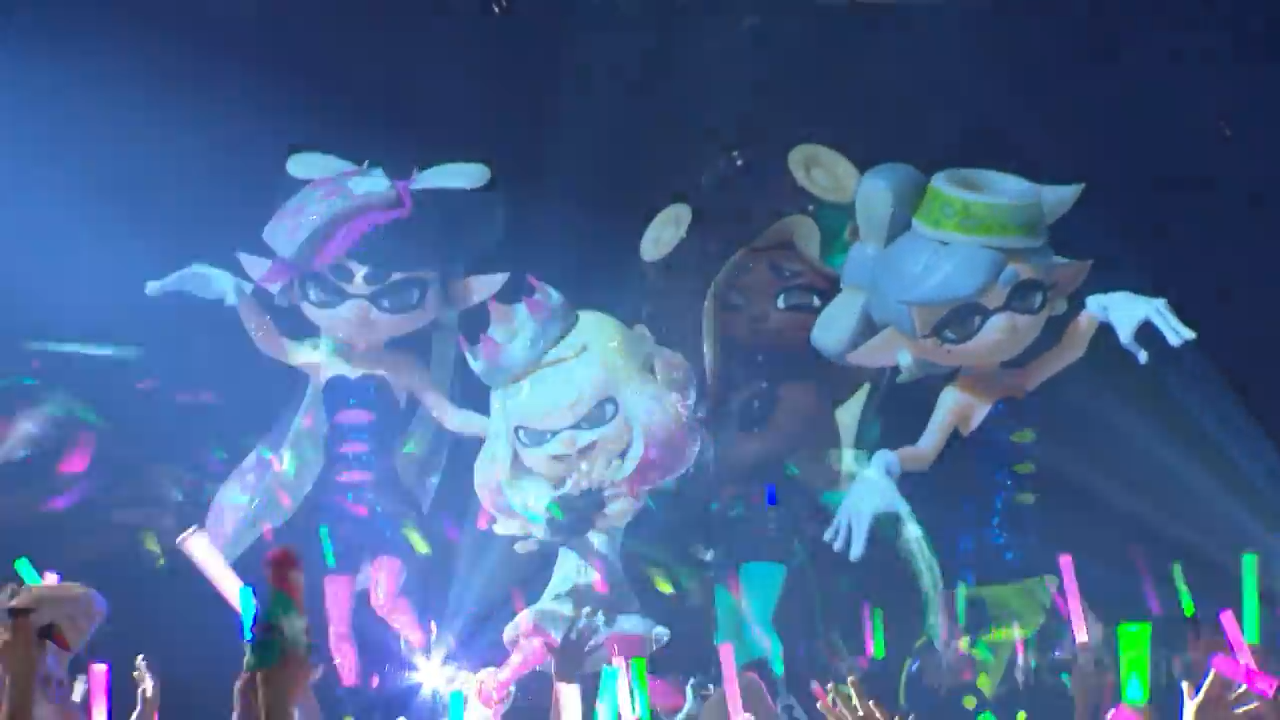 [Video] Splatoon Concert With Off The Hook & Squid Sisters

At a Super Smash Bros For Wii U Tournament held in Chiba, Japan, known as Niconico Tokaiki 2018. Splatoon 2 popstars Off the Hook performed a special concert which also had the Squid Sisters do a new performance. You can catch the whole concert in the video below if you would like to watch it.

I do find it an incredible display of lighting and special effects. Even though the characters don’t actually exist, to “See” them in front of your own eye via projection must still be quite a sight to behold. Heres to hoping we see more of Pearl and Marina in future concerts. It would surely be cheaper than actual singers. Tickets to the likes of Taylor Swift or Justin Bieber are crazy expensive now, even before scalpers get their dirty paws on them.