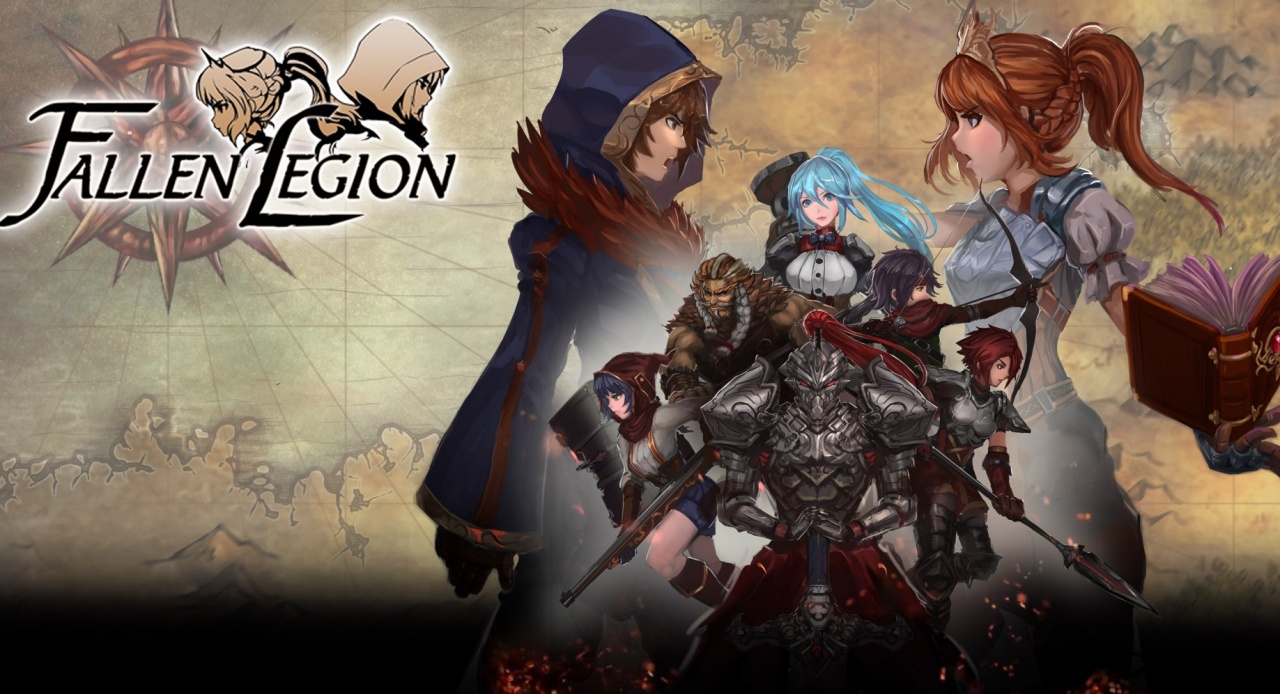 With February 9th of 2018 finally here, the NIS America Press event can get underway. Not everything they had to share was Switch related, or even new game related, but new trailers were shared and fact sheets were made available and in this post, the latter concerns Fallen Legion, which is coming to Switch May 29th for North America and June 1st for Europe.

FALLEN LEGION: RISE TO GLORY HEADED TO NORTH AMERICA AND EUROPE IN MAY/JUNE 2018:

Santa Ana, CA (February 9, 2018) – NIS America announced at their annual press event in San Francisco that Fallen Legion: Rise to Glory will be coming to North America on May 29, 2018 and Europe on June 1, 2018 for Nintendo Switch™.

Fallen Legion: Rise to Glory – Chronicles the story of Legatus Laendur and Princess Cecille. What side will you choose to decide the fate of Fenumia? Fallen Legion: Sins of an Empire – Join Princess Cecille (and a saucy, talking grimoire) on her journey home as she fights hordes of monsters and a coup led by Legatus Laendur. A crumbling empire is in your hands. Will you restore glory to Fenumia? Fallen Legion: Flames of Rebellion – Legatus Laendur, a brilliant tactician beloved by the people, fought on the frontlines of the Fenumian Empire, but when he discovers why it is rotting from within, he vows to overthrow the royal family. Fenumia devoured his homeland – will you fight to reclaim it?

To learn more, visit: http://www.fallenlegiongame.com/. You can see the full fact sheet for yourself here.