[Editorial] Should 2019 see the Release of a Fire Emblem Heroes Successor for Mobile Devices? 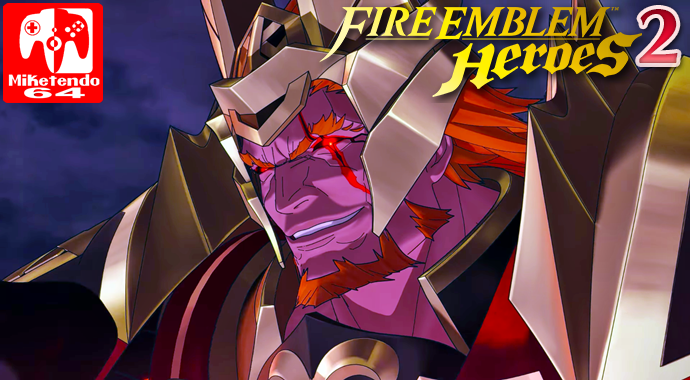 Fire Emblem Heroes is a hit, it’s reported to have grossed more than $240 US dollars in less than a year and it has raised the popularity of the Fire Emblem series on Nintendo 3DS and Nintendo Switch, but how long will it last?

When it comes to the app, I’m actually a big supporter of it and have been since Day 1 as I play it every single day and have 50 5☆ Heroes who are Level 40. So, instead of this being an editorial dedicated to the app’s impending doom like you would expect, instead I want to talk about it getting a successor and how it could work to benefit not just Nintendo and Intelligent Systems, but the millions of players as well.

So, how would a sequel game work? It does a Book II, but on a much bigger scale. When Book II came along, with even more features and Story chapters for Fire Emblem Heroes, the mobile app finally stopped being the game we got back in February 2017. There were newer and more dangerous villains, a new Hero and even new Kingdoms at war with one another. In a lot of ways, it felt like we got a new game and all we had to do was update the app and all of our progress from the previous “game” carried over. It’s quite surprising how simple, yet effective the act was, but it was a clever idea indeed and having proven these simple act can work, there is no reason why it can’t be used again to make a Fire Emblem Heroes successor an instant download for the many Summoners out there today!

Were Nintendo, DeNA and Intelligent Systems, to develop a second game that acts similar to Book II, in the sense that it has a new story, new Heroes, villains, and plenty of new features, anyone with Heroes save data attached to My Nintendo account or Google account, could download the new game, sign in and sync their account to it and have all of their Heroes carry over to the new game. Heck, the new game, although it wouldn’t have to, could give players the option to reset the levels of their Heroes, so that they could start from fresh and level up their favourites all over again.

I know it’s an unnecessary step as more Books, could be added over the years to keep Heroes relevant and going, but the app will eventually end like Miitomo does this year, brought to an end when the game has become obsolete and everything you invested into Fire Emblem Heroes, (time, effort and cash) would have been for naught. Yet with a sequel that could be released next year after Fire Emblem Heroes’ second anniversary, the new game could be comprised of everything that made the first one great and expanded with features Heroes doesn’t have, such as the My Town feature that was proposed in the Fire Emblem Heroes survey that ended January 2018.

Fire Emblem Heroes: The Next Chapter could be a much larger game from the get-go and have such an immense buzz around it that the app could easily go on to be as popular as the game that came before it, all because of the “New Game” aspect that players will associate with it. But, throw in carried over game progress and all those who have a stack in the game will be laughing because anyone who’s invested time into Heroes, will flock to the second game and give it the chance it deserves. 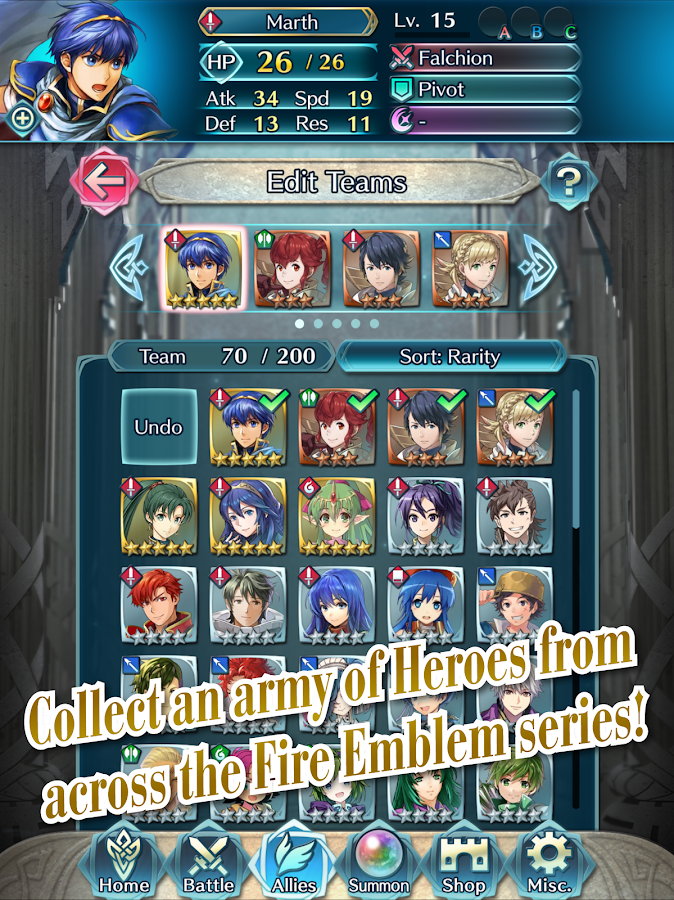 The funny thing about all this though, as easy as it would be to rule out a sequel that shares the Heroes name, it’s not an unbelievable possibility. Nintendo President Tatsumi Kimishima, has stated that despite the mobile offerings ever-growing success, it’s still not enough as the apps could stand to profit even more so. Now that doesn’t just mean the apps they have out now need to make more money, but the apps that follow as well, such as Mario Kart Tour. More high earning games like Fire Emblem Heroes means more money and what makes money like Fire Emblem Heroes? More Fire Emblem Heroes! Sure, Nintendo can do the gacha route again with the Zelda, Xenoblade or even Super Smash Bros. IPs, but Fire Emblem Heroes is already a success and with Intelligent Systems already having proved they can deliver a top quality mobile game and support it regularly, whilst developing other games, they could easily do it all again and actually be working on a successor as you read this!

Intelligent Systems are always working on multiple Fire Emblem games at the same time and with no new game revealed yet for 2019 as Fire Emblem Switch is the only known Fire Emblem game at this time, (out later this year), it’s not beyond the realm of possibility that another Fire Emblem title will release next year (2019.) Now, should 2019 be the year 3DS support finally ends and Fire Emblem isn’t a launch title for a possible 3DS successor, why not release a second mobile app next year instead? Intelligent Systems are happy with the results so far from Heroes and they do have the resources to continue supporting one mobile game whilst developing its eventual replacement. 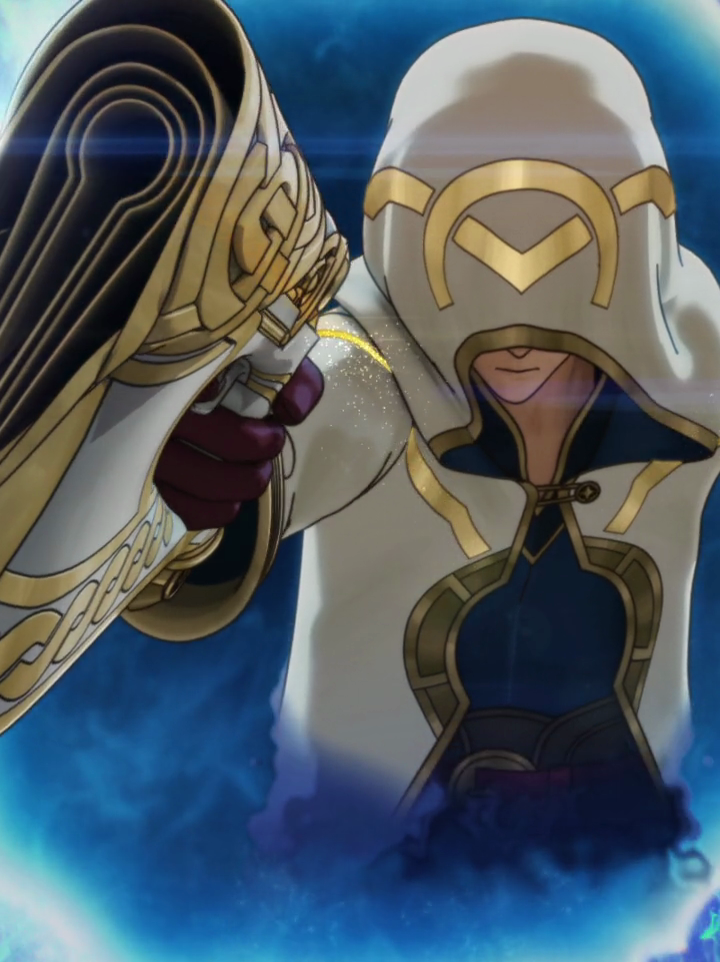 Personally, I would rather they worked on a WarioWare mobile game, or even Advanced Wars with Nintendo and DeNA but a Fire Emblem Heroes successor would be nice too and there would be no better time to release the sequel, than next year. For starters, it allows Fire Emblem Heroes to have 2 good years and it will give Intelligent Systems at least 1 year to get it ready so that it could release alongside Heroes’ final few months before all support for it ceases, as the developers move their focus to the newer instalment that we’ll all be able to do for more with gameplay wise. It would be great if Heroes could go on forever and the next Fire Emblem mobile game is something else entirely, but if they were to try and make a proper game for smartphones, we’d all argue why isn’t it on Switch or 3DS/3DS successor instead? So, Heroes is certainly the way to go about doing the mobile Fire Emblem games, but if you give Heroes a sequel, suddenly we have a mobile series that we can sink our teeth into, with the “promise” of yet another Heroes title sometime in 2021/2022. A Heroes 2 is more than just another game, its hope, it’s a future and it is something I sincerely want. Still, that’s just my feelings on this matter, so what are yours? Feel free to comment below. I promise to read them!