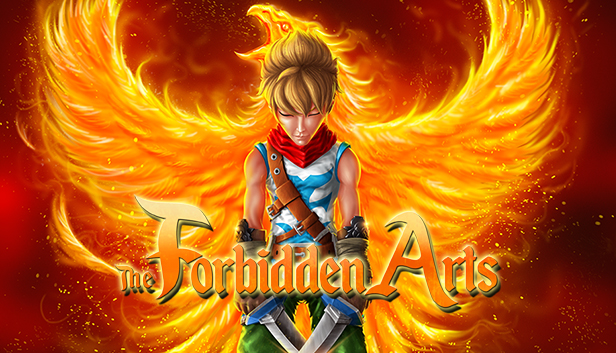 February 7, 2018 5:47 pm Published by Mike Scorpio Leave your thoughts
The Forbidden Arts by Stingbot Games has now been released on Steam Early Access. It will be making its way over to the Nintendo Switch along with Playstation 4 & Xbox One next year, as soon as the exclusivity perion on Steam has ended. If you can’t wait that long you can currently purchase the game for $9.99. As more features get added to the game, the price will go up but for those that bought the game early, you will get access to all the features for free as and when they become available.
You can check out the full Press Release below.

The Forbidden Arts Immolates PC Early Access Today
Coming to Nintendo Switch, PlayStation 4, Xbox One Q1 2019
SAN FRANCISCO – Feb. 7, 2018 – The Forbidden Arts, an action adventure platformer, has been summoned onto Steam Early Access. Wizards who prefer to work their magic on consoles can look forward to Q1 2019 when Stingbot Games brings their title to Nintendo Switch, PlayStation 4 and Xbox One simultaneously alongside the complete PC launch.
Phoenix, a young man with newfound pyromancy abilities, sets out to protect the world of Chora from a looming evil. By joining forces with other valiant souls he can confront the evil necromancer Voltaire and his horde of undead.
To overcome the enemies that stand in his way, Phoenix will channel his inner flame – launching fireballs, conjuring elemental shields, and propelling himself into the air in this epic adventure full of action, suspense, and comedy.
Quests, puzzles, mini-games, and long-forgotten secrets await Phoenix and his companions on their travels through Chora. This magical realm delicately combines western and eastern cultures, given life by a vibrant and colorful art style, with an acoustic guitar soundtrack.
“Chora is a magical world full of mystery and wonder, with many more surprises on the way,” says Sterling Selover, founder and visionary, Stingbot Games. “Our Early Access players will help us shape Phoenix’s journey and strengthen him for the challenges ahead.”
The Forbidden Arts is currently available for $9.99 USD in English. Other localizations will come during the full launch next year. New content will be added regularly, with the first major update due out in the next few weeks. The price ofThe Forbidden Arts will rise as it approaches release, but early adopters will receive all added content at no extra cost.
For more information about The Forbidden Arts and Stingbot Games, please visit the official website or follow them on Twitter and Facebook