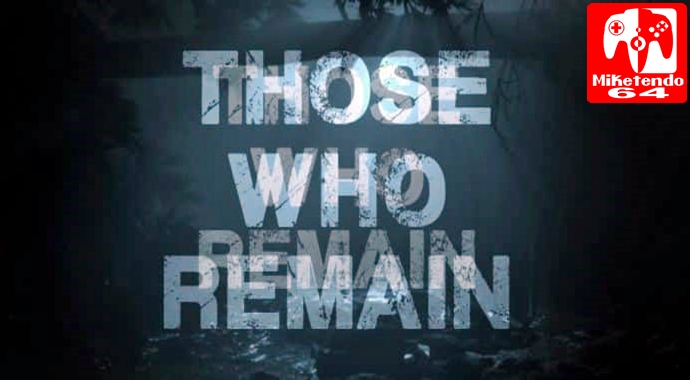 Like games that scare you? That get under your skin and frighten you to your wits end? Well, maybe this piece of news is for you, as Camel 101 has revealed their latest game and it…will…terrify…you! Do you dare to check out the official announcement and trailer? There’s only one way to find out:

The developer behind Syndrome – Camel 101 – invites you to join them in Dormont, a small town in the USA. The town, regular and uninteresting at first glance, is not what it seems to be. Cursed by a demon and shrouded in darkness, Dormont’s population has no means of escape.

Camel 101 has already proven that they know horror and they know it well. But what about a psychological thriller? Ohh… they are even better at it. This time around they go back from dark corridors of a spaceship to a small town on Earth, where the protagonist, Edward Turner, will survive only by staying in the light. Forget space monsters and survival, THOSE WHO REMAIN is a thrilling puzzle-adventure game that will tell you a story like no others. But there are monsters here as well, don’t you worry…

Edward Turner is just an ordinary man with a troubled past, who arrives in the wrong place at the wrong time. He soon finds out that something is very wrong in Dormont. There are strange creatures roaming in the dark, killing everyone that gets close. The only way to survive is by staying in the light.

The choices were there. You just made the wrong ones.

The biggest threat in THOSE WHO REMAIN is ethereal: the darkness. The monsters roam free in the dark, and the player will die if he stays there for too long. The threat is always there, waiting on the edge of the light and darkness. Sometimes the lights will fail, forcing the player to run. He will have to find light sources to proceed through dark paths. But there are also other threats: physical monsters that move freely in both the light and the darkness.

The other main mechanic of the game is the “mirror worlds”. While the player progresses through the adventure, he finds portals that will bring him to a very similar yet different area, like a mirrored version of the real world. Actions made in one world affect the other, so sometimes the player needs to travel between both to solve puzzles.

Name: Those Who Remain