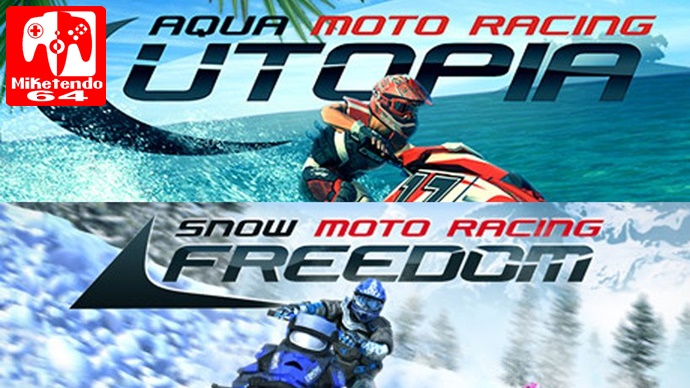 Zordix has been hard at work and have now release updates for both Aqua Moto Racing Utopia and Snow Moto Racing Freedom. The update includes online play for both games, perfomance has been improved and much more. You can check out the patch notes below!

Though neither title has yet been released in North America as of yet, Zordix are still working on bringing them over to the US. You can still pick them up on the European eShop or better yet, take part in our giveaway for a chance to win one of them. You better hurry though, we will be announcing the winners tomorrow!!!

We have teamed up with @ZordixGames for an incredible giveaway to start off the year! 2 Digital keys each for Aqua Moto Racing Utopia & Snow Moto Racing Freedom for #NintendoSwitch are up for grabs. All you have to do is Follow us, Like & RT to enter! Winners will be chosen Jan 6 pic.twitter.com/726YnaFbPm