[Editorial] Metroid Missions (Musings on What a Mobile Metroid Game Could be Like!) 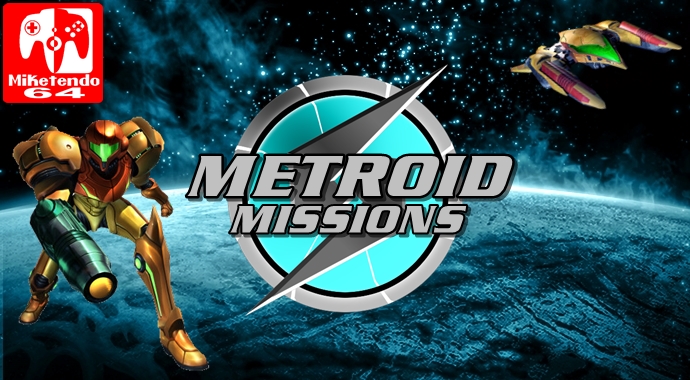 Hey guys! Welcome back to yet another Editorial penned by me, “Miketendo64’s Maniacal Overlord” Jack Longman, aka Jacktendo92!

This week, due to how things are going as far as Nintendo’s mobile games are concerned, being the resident theorist, I was tasked with coming up with what a mobile Metroid game could be like and after doing some thinking, “Metroid Missions” makes the most sense.

From how I see it, Metroid Missions, or even Metroid Missions: Bounty Hunter for Hire, could very well be a Unity developed mobile game that takes inspiration from both Super Mario Run and Metroid: Zero Mission in the form of gameplay and story. For example, in Zero Mission, which is an enhanced remake of the original game, Samus gets ambushed by Space Pirates and ends up crash-landing on Planet Zebes. Well, in my Metroid Missions, it could begin with Samus successfully completing her latest assignment, only to be ambushed by Space Pirates and forced to evade them by any means necessary. The escape itself will act as part of a playable segment that allows players to control Samus’ gunship and attempt to navigate through an asteroid field. 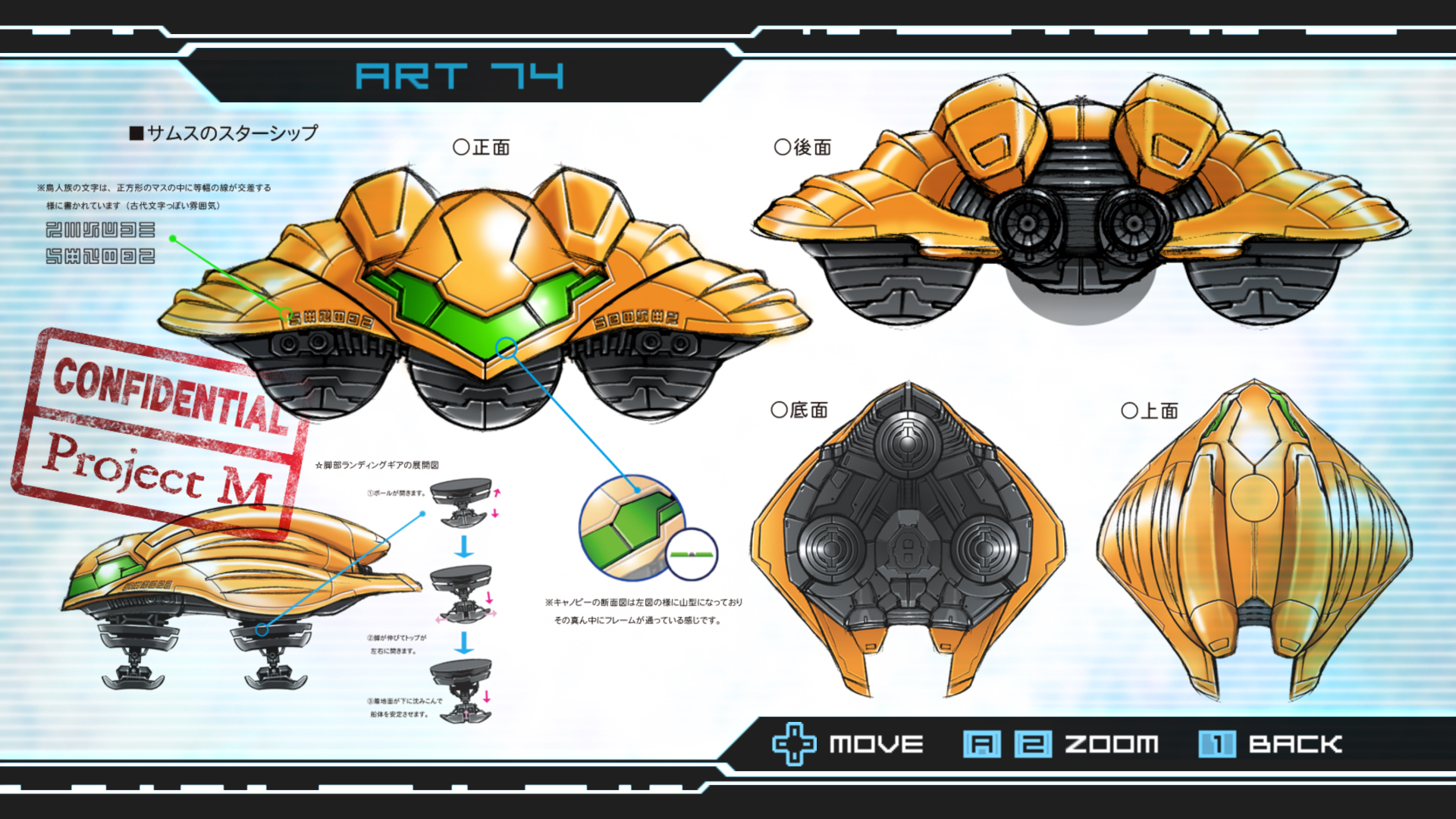 With the enemy hot on her heels, the mission will end with Samus’ craft getting shoot, forcing her into a storm cloud that almost completely wipes out all power on her shop and gives her no choice but to land on the virtually desolate, yet very hostile world below. Having survived the crash, Samus awakes after passing out, only to find out her ship is virtually fried and her suit and weapons are powerless. Fortunately though, help is at hand as there does exist a stranger who can help Samus, but his help comes at a price. The part of the galaxy the planet resides in, is a dangerous one. From Space Pirates, to mercenaries and rumours of a Metroid resurgence, the services of a bounty hunter are required to take out the trash and do what needs to be done, regardless of the cost.

In exchange for helping the mysterious man save his part of the galaxy, rewards are given in the form of purchasable parts to repair Samus’ ship so that Samus can make the jump to other planets and carry out missions there. He will also give her parts to repair her armour and upgrade her weaponry, so while players can’t even shoot Samus’ arm cannon to begin with, they will be able to later on. As for what happens when all missions are completed and the solar system is saved, Samus can earn herself the final parts she needs, to finally learn the true identity of the man she’s been helping and go home.

Now, as for presentation and gameplay, I see Metroid Missions being played a lot like Super Mario Run. It’s a landscape auto-run platformer that you can play with one hand (if you wish,) with a main campaign like that of the World Tour seen in Super Mario Run. Except with Metroid Missions, each World is now a planet and each planet has around 4-6 missions available. Only, like with the coloured coin system Super Mario Run uses, each of the missions can be played again, only this time around you’re tasked with a different mission to complete within it, such as beating the level within a certain time limit or killing any Metroids that could be secreted on levels. As for the controls, because the running is automatic, to roll, the player would only need to swipe down, tap and double tap to jump and double jump, swipe upwards to make Samus use the counter melee as seen in Metroid: Samus Returns. But what about shooting?

Well, to incorporate the shooting mechanic, once Samus has repaired her suit enough to restore such functions, there’s no reason why that couldn’t be automatic as well, so players won’t have to worry about that, but if they want to do a charged shot, they swipe right, with a swipe left allowing Samus to drop her remote bombs. While remote bombs might not help against enemies coming towards you, they will become an asset for the levels where a boss battle can occur. For the first stage, the boss will chase after Samus, blasting away with Samus having to dodge them, only to have them fly in front of Samus, towards the right hand side of the screen, so that Samus can have her go at shooting them whilst having to roll, run and jump over obstacles and the like.

I know that is by no means the best representation of how a Metroid game should be played as Metroid Missions is clearly no Metroid: Samus Returns, but in my current opinion, is one way of making a Metroid game playable as a mobile title, but don’t worry because there will be more to my theorised mobile Metroid game than what I’ve said already, as we’ve yet to talk about other modes and graphics. Since Super Mario Run and Animal Crossing look pretty sharp already thanks to Unity, Metroid Missions could expect the same treatment and be a full on HD version of the 2.5D graphics seen in Samus Returns, because let’s face it, if the mobile game is anything less than it would only serve as a reason to put players off getting it and since Metroid Missions would be a great way of getting new games interested in the forthcoming Metroid Prime 4, HD like visuals are a must.

As for one of the other modes, just as soon as Samus’ gunship is able to fly, there could be a typical arcade shooter meets Toad Rally like mode that sees Samus taking to her ship and flying around the galaxy she is to save, blasting pirates and earning more coins that can be used to buy things. Things like power-ups, new armour, alterative costumes and even trophies that can be used to decorate Samus’ cabin. (More on this a little later.) Only, instead of needing tickets to play the Pirate Hunter game every time, players can play the mode 3 times a day for free, with every time after that requiring a Ticket, which by the way can be earned in game from missions, things you buy, but cost a lot of coin and micro-transactions.

While it would be easy to do the full Super Mario Run thing and have the main game locked behind a one-time purchase, which put off a lot of players, the missions for Metroid Missions could be available for free from the get go, but require a certain amount of stamina/power to play each mission and have things like Energy Tanks and Arcade Tickets being available for purchase. This way, while you can play the game for free if you want, your daily progress can be limited as you’ll only get one free Energy Tank refill a day, with some additional tanks being granted for missions, but for the players looking to spend, they can just more tanks and tickets and keep going. I’m not particularly a fan of this method, as I would prefer a single payment, but it would be to others’ liking.

But if you just want to stick to killing Metroids, then there’s a feature for that as well, which is a Metroid Shooting Range. With the shooting range, Metroid Missions becomes a first person shooter, with Samus looking outwards and the players having to tap the screen wherever they see a Metroid appear to shoot them. But you’ll want to act fast, because if they get you and deplete your life force, its game over, until you choose to retry. As for the hub world for this game, it would be Samus’ gunship, with the cockpit being the room you use to access the game’s 3 playable modes. Then there’s Samus’ cabin being the place to adjust the game’s settings, place the trophies you brought and check out your own achievements. Last but not least, there’s the armoury. This is the place to go to purchase items from the mysterious man who tasks you with your missions, change your attire and select the power-ups you wish to use such as an ice beam, a flamethrower function and more. Arguably, the armoury could also double as the room you go to, to access the shooting range mode, as there is no reason why it couldn’t.

To those of you who stuck around to read my musings on how a mobile Metroid game could be, I have three things to say to you. Thank you for reading, I’m sorry but this is everything I have been able to come up with, given my knowledge of Metroid and mobile games and if there is anything you agree, or disagree with, feel free to leave a comment, as I’d love to hear it!

[Guide] How to Get Ursaluna in Pokémon GO