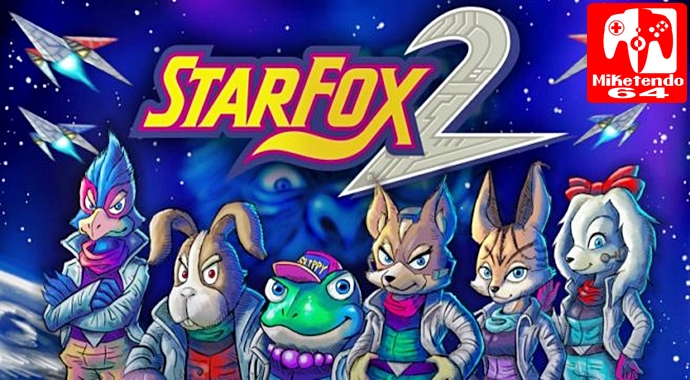 Here’s something many Nintendo fans thought would never happen, Star Fox 2 has actually been released!

This sequel to the original 1993 Star Fox on the SNES was famous for being completed, but never officially released. The N64 was on the horizon, and Nintendo didn’t see the need to release Star Fox 2 when Star Fox 64 would soon become a reality. But here we are, in 2017, and the release of the SNES Classic Edition comes bundled with the previously unreleased Star Fox 2. But after over 20 years of wondering, just how well does Star Fox 2 live up to the hype?

From the outset, Star Fox 2 looks very much like its predecessors: It features the same (admittedly aged) 3D visuals, and the levels featured are still on-rails shooters. But Star Fox 2 makes some notable changes to the formula.

You’ll notice an immediate difference in that, instead of players taking control of Fox McCloud and being accompanied by his three most loyal teammates (Peppy Hare, Slippy Toad and Falco Lombardi), the player gets to select a primary pilot and a wingman. Along with the four core characters, players can also select new characters Fay the dog and Miyu the lynx. Should your primary pilot be shot down, you’ll take control of your wingman.

Perhaps the game’s biggest departure from the original is its setup itself. While the original Star Fox (and subsequent Star Fox titles) used linear, branching pathways to get from level to level, Star Fox 2 instead goes with a more free-roaming world map, which feels akin to a board game.

The player’s ships can travel around the Lylat System as they please, with certain planets containing enemy bases, and enemy carrier ships floating in space. When the player reaches a planet or carrier, they enter one of the traditional Star Fox levels, where objectives usually involve destroying the base or ship by making your way to their core. Additionally, the carriers will send out ships on the world map, and the bases will launch missiles. If you come into contact with these ships or missiles while traversing the map, you will enter a small stage where you must destroy those objects.

It’s important that you take the time to do so, because these ships and missiles can make their way to the planet Corneria, dealing damage with every impact. Should Corneria reach %100 damage, the game is over. You may even find yourself having to exit a stage to ensure Corneria doesn’t take any extra damage. It may not seem like that big of a change, but it actually makes the progression feel more unique and enjoyable than the original game.

Not everything is an improvement over the first Star Fox title, however, as many of its predecessor’s shortcomings are still present in Star Fox 2. Namely, the controls during the first-person segments feel more than a little clunky, especially the act of maneuvering your ship and aiming with the D-pad at the same time.

Even when your ship is flying in a third-person view, the controls are less than ideal, though they are better than the first-person segments. A new feature in Star Fox 2 is the ability to transform the Arwing into “Walker mode,” in which your ship turns into something of a small mech. This gives the player more control over the vehicle (for obvious reasons, the Walker doesn’t automatically move like the Arwing), and is an overall nice change of pace from the on-rails gameplay.

Star Fox 2 is a marginal improvement over the original Star Fox, thanks to its more unique, board game-like setup, which allows for some more varied levels and progression; and the Walker is small but nice addition to the core gameplay. Unfortunately, the control issues are still present, and the rough, early 3D visuals can make things even more difficult. Not to mention Star Fox 2 may be even shorter than the first game (though this is a title more about getting a better score with each playthrough than it is about a grand adventure). It’s not quite the long-lost gem we’d all hoped it to be, but it is some good old fashioned Star Fox fun.

Born of cold and winter air and mountain rain combining, the man called Scott is an ancient sorcerer from a long-forgotten realm. He’s more machine now than man, twisted and evil. Or, you know, he could just be some guy who loves video games, animations and cinema who just wanted to write about such things.