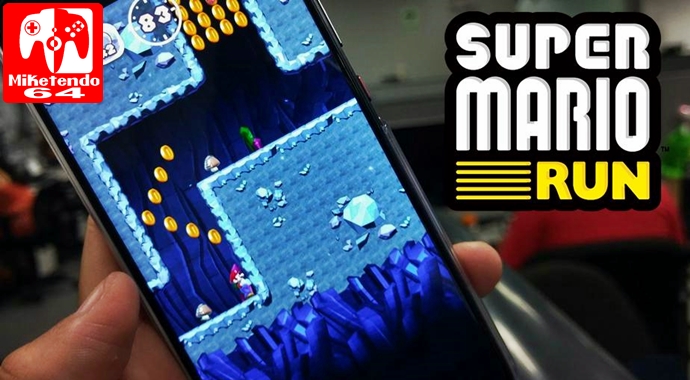 An iOS 11 Exclusive: Power Up with Super Mario Run when Princess Daisy and New Content Make their Debut September 29th

Remember the recent Super Mario Run rumour we had recently about new content and Daisy being a playable character? Well the rumour is true.

Revealed as part of a news article viewable for any Apple device operating on iOS 11, in the App Store, a new update is on its way for Super Mario Run and it is the mother of all updates as it comes so content packed it’s untrue and since not everyone can see it as not everyone has an Apple device, here it all is:

Super Mario Run is Powering Up:

Nintendo surprised the world with Super Mario Run a year ago – the first Mario game ever released on the App Store. Twelve months on, Nintendo is adding a new game mode, a new character and new levels to its ground-breaking platformer. Here’s what’s new in the update:

Remix 10 is a frenetic new mode in which you play a set of 10 super-short sections from Super Mario Run’s existing levels in quick succession. The stages are remixed with each attempt, and with rainbow-colored bonus medals strewn across these bite-sized stages, it’s a fresh challenge every time.

Remix 10 has no Game Over screen and even if you fail to complete a level, you’ll just proceed to the next one without any penalty. This means new players can familiarize themselves with a variety of different levels easily and experts can attempt to collect every bonus medal for a perfect rating.

Rescuing Daisy in Remix 10 mode unlocks her as a playable character in all of Super Mario Run’s other gameplay modes.

Daisy’s special ability is to perform a double jump, opening up a brand new way to beat the stages you find the trickiest, collect the coveted black coins or race against other players in Toad Rally.

And there’s a brand new world to discover. World Star has nine new levels which are unlocked once you’ve finished all of the existing stages in worlds 1-6.

These new levels are filled with new enemies, gameplay mechanics and of course include pink, purple, and black coin-collecting challenges. Nintendo is promising surprises for even the most seasoned Super Mario Run players in this one.

Choose your own soundtrack:

Here’s a cute final flourish for you – the update also allows you to play the game while playing your favorite music in the background, and when you do, Mario and his friends will wear headphones.

As well as all this, it has been said that when the update rolls out on the 29th of September, there will also be a sale for the iOS version of the game, which will run for two weeks and see the price of the full game reduced by 50% so if you put off purchasing it before, next week is the perfect time to do so!