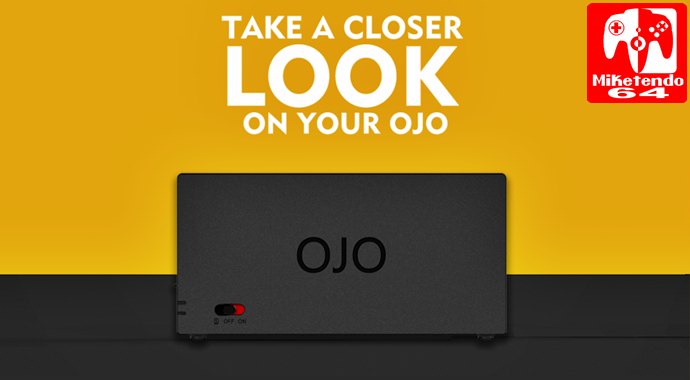 Wish you had a mini-projector for your Switch? Well, one is in the works and you can read all about it right here:

OJO the world’s first portable micro-projector for the Nintendo Switch:

LOS ANGELES, USA: OJO the world’s first portable micro-projector for the Nintendo Switch is being developed by YesOJO.

OJO projects a high-quality stream up to 150” (127 cm) direct from the Switch docked to the projector. Solving the issues gamers have experienced playing multiplayer games on the move with the Switch’s inbuilt 6.2” (16 cm) screen and small speakers.

YesOJO is to launch an indiegogo campaign in the early Autumn with an aim of getting the projector to customers by November 2017. To stay up to date leave your email at: http://www.yesojo.com/.

OJO is designed with portability and sharing at its heart at just 172mm*80mm*70mm, (L*W*H) in size. The unit has a 4 hour a battery life before needed a recharge via micro-USB, outlasting that of the Nintendo Switch. OJO can also act as a back-up power supply for the games console.

The OJO is also capable of acting as a power-block and charging the Switch through USB-C.

Audio is supplied by a bass-effect dual speaker stereo system. Providing a rich quality sound, both louder and fuller than the Switch’s internal speakers. The unit can also be connected to an external speaker system via an auxiliary port and cable.

Keeping cool is also really important, with a vortex duct combination cooling systems the OJO uses fans and a copper radiator to keep the projector and console cool at all times.

OJO also serves as a standalone projector for a multitude of other devices with HDMI input support. The unit comes with a 1 x HDMI port as standard so that any other devices such as laptops and mobile phones can also be connected to the unit.

Since it’s release in March 2017, the Nintendo Switch has changed the way we play games at home and on-the-go. A runaway success the console has sold over 5 million units worldwide in the 3 months since its launch. Switch experiences are designed to be shared, with a focus of high quality immersive games as well as innovative and fun multiplayer sessions the console has created a whole new community for new and veteran gamers alike – the OJO aims to bring this experience to as wide a community as possible.