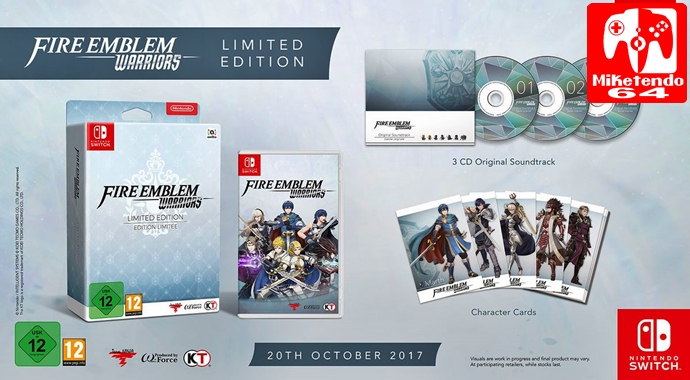 For too long Fire Emblem Warriors has gone without a release date for Western audiences and while a North America release date has yet to arrive, the European one has!

As part of Nintendo’s Gamescom reveals and new trailers shared, Fire Emblem Warriors releases on the 20th of October and as well as a standard edition release, there will also be a Limited Edition release as well. An edition that includes a three-disc original soundtrack, but only applies to Nintendo Switch.

Still if you have to see a Hero you wish to play as, maybe the newest trailer will show you one you will adore, as the likes of Fate’s Camilla, Hinkoa, Takumi and Leo are the newest characters to be revealed for Fire Emblem Warriors and footage of all them will be shown via a Gamescom in-depth gameplay livestream that takes place on Friday the 25th of August, at 10:00 GMT.