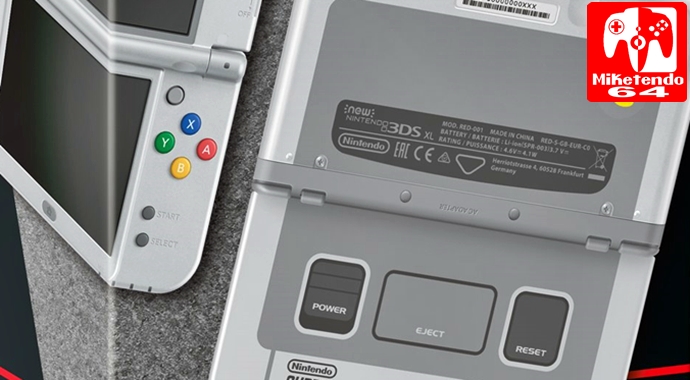 Nintendo’s efforts to keep the 3DS alive continue as yet another Special Edition New Nintendo 3DS XL launches a little later on this year.

Only the retro-themed New Nintendo 3DS XL – Super Nintendo Entertainment System Edition, is not the only thing that will see a release on the 13th of October, as three new Nintendo Selects titles will also be available the very same day and they are Super Mario 3D Land, Luigi’s Mansion 2 and Kirby: Triple Deluxe and will each cost £15.99.

Additionally the 3DS features coloured buttons like those of found on a SNES controller, while its outer shell pays homage to the Super Nintendo Entertainment System. No price however for the new New 3DS XL has been shared yet at this time and nor has such an edition been announced for anywhere other than Europe. Should any of this change, we’ll be sure to provide an update.