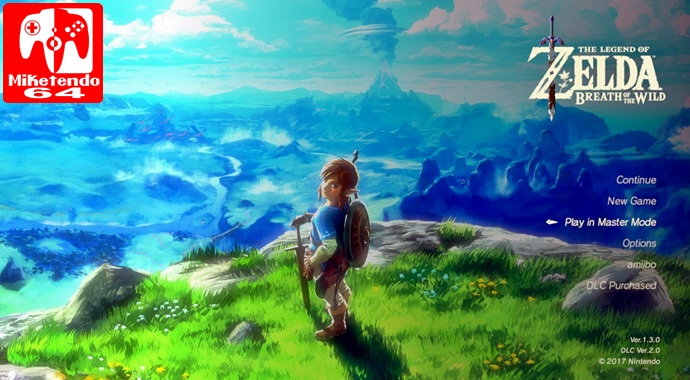 [Interview] Aonuma on Fan-Service, HD Rumble and the Champions of Breath of the Wild

With Eiji Aonuma and Nintendo in attendance at Japan Expo 2017, plenty of Zelda news has been making the rounds and now that a new GameReactor review has gone live, there’s even more Zelda news to cover.

For anyone who would like to just see the interview in its entirety, click here, otherwise carry on scrolling down as we’re sharing a few of our favourite responses right here:

Aonuma on Fan-Service and his Assessment of The Legend of Zelda: Breath of the Wild 4 Months Later:

Excellent obviously. But I realise that during these four months I have not stopped working on the DLC, so we kept our nose to the grindstone and we never felt like our work was done and that it was time for us to review it. One thing is for sure: for the last four months, we have focused on the player’s feelings, analysing their feedback and possibly changing via the DLC what they did not like. That said, we are still very cautious with fan-service, because too much fan-service can make the game tasteless. What I enjoyed during these four months was seeing the players and the sometimes unique and unexpected ways in which they play our game. Because the truth is we designed a game by saying that they were going to play as we wanted, or at least we knew how they were going to play. But when you see on YouTube how some people use the content we’ve created, we’re extremely surprised. We really did not expect that type of use.

Aonuma on HD Rumble and the Next Zelda game to Feature it:

To give a concrete example, there are what are called ‘HD vibrations’ which are specific to the Switch and which allow you to almost experiment what the character feels when it touches something, for example when you take an object in hand you can feel it thanks to the vibrations. It is a rather interesting approach, it adds more realism too, simply it would have been necessary to develop scenes around that. The real problem that made it impossible to use this technology is not so much a matter of time problem but rather that we were going to have too many differences with the Wii U version and they both had to be identical games. But now that we can free ourselves from this connection, this constraint, since the Switch is developing well, we will be able to use this in the next Zelda.

Aonuma on Nothing to Declare as Far as the Next Zelda is Concerned:

We have no plans for a future Zelda, we are still far from all this unfortunately for you. Today, I’m at a stage where I’m trying to gather a number of ideas for a sequel, but I cannot do it alone. It’s a lot of work that will have to be done over a long period of time, and we’re still far from having planned anything. Leave us a little time…

Aonuma on the Final Battle Against Ganon:

You know, it’s very difficult to harmonise the fight against a last boss because we have this desire that whatever the level of the players, they could reach the end of the adventure. And if you put a level of difficulty that is too high on this last boss, there are some who will never be able to finish it and it will lead to frustration too. So the balance is really very hard to find. We indeed prefer to lower the level of difficulty so that everyone can enjoy the end. And going back to Expert mode, it will be much more difficult, it will be a lot more challenging for those who want it. And then, keep in mind that Zelda is not just an adventure that will end with the fight against Ganon. For us, this final fight is just a way of finishing the game. The real end of the game is when you really get to the end of the adventure, having completed all the quests and discovered the secrets of the game. But we noted the complaints on that point too.

It is a matter of chance that Link is left-handed in the first episodes, for a reason that we could not really explain today. When we developed the game on Wii, we actually had to change and adapt to the majority of players – and that’s my case too, I’m right-handed – so we had to make sure that Link was right-handed on that version. But it was to adapt to the gameplay, so in the end I think we can say that Link is ambidextrous [laughs]. When the developers at Koei Tecmo, who are in charge of Hyrule Warriors, asked me a few months ago whether he was left-handed or right-handed, I replied that it was absolutely not important to me. Nor for Shigeru Miyamoto for that matter.

Let me tell you something. When we did Twilight Princess, we did first-person trials. And I absolutely did not like it, it did not look like Zelda as I conceived it, nor as you must conceive it yourself as a fan of the saga. And from that point on, we thought we had to be able to see Link, whether it was during the fighting or the exploration. For us, this is the very essence of Zelda. For the moment I have a hard time imagining a Zelda in VR so as you can probably imagine, this is not a priority nor a short-term project. But I’m not closing the door on that for the future.

And that as they say is that, for today anyway. For more Zelda news, the site to go, is miketendo64.com!


Categorised in: Breath of the Wild, Interview, Nintendo, The Legend Of Zelda