Prior to its Discontinuation, NES Mini Has Surpassed 2.3 Million Sales 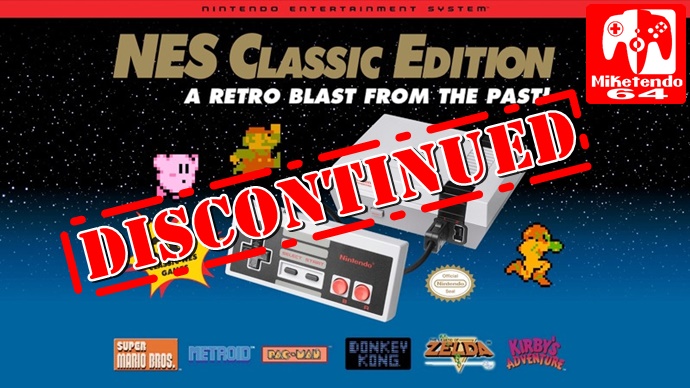 Whether you call it the NES Mini, or the NES Classic Edition, the fact of the matter is, this fantastic little project has met its end as its discontinuation is being putting into effect.

Still it is a project that has had a spectacular run though, as it has now been confirmed that the product did move 2.3 million units worldwide. This information comes from an interview between Time and Nintendo of America President, Reggie Fils-Aimé, who when asked if there are any plans to bring it back in the future, Reggie “declined to add anything to Nintendo’s existing statement.” The statement which is “no plans to produce more NES Classic Edition systems for NOA regions.” But Reggie did open up on a few things and we’re sharing them right here:

Reggie on the Response to the NES Mini:

“We had originally planned for this to be a product for last holiday. We just didn’t anticipate how incredible the response would be. Once we saw that response, we added shipments and extended the product for as long as we could to meet more of that consumer demand.”

Reggie on the Discontinuation of the NES Mini:

“Even with that extraordinary level of performance, we understand that people are frustrated about not being able to find the system, and for that we really do apologize. But from our perspective, it’s important to recognize where our future is and the key areas that we need to drive. We’ve got a lot going on right now and we don’t have unlimited resources.”

While it is a shame many of us will not be able to get our hands on the wondrous device, it does seem Nintendo does have a lot in the pot cooking and that the rumours of the SNES Mini being a reality are true. For now though, since nothing is confirmed, all we have is speculation, but with E3 around the corner, maybe we’ll learn some truth then. Until next time, keep on gamin!