Bill Trinen Explains why Breath of the Wild has DLC 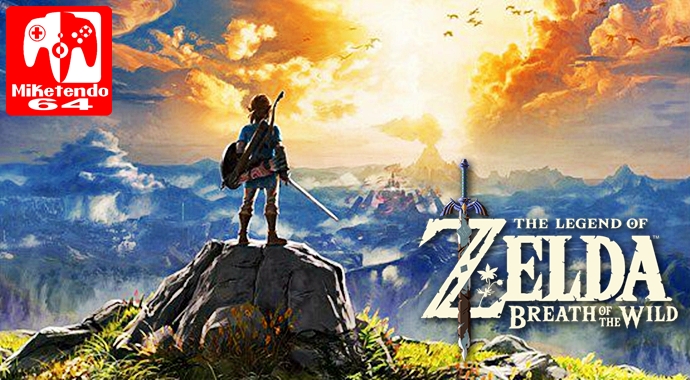 Considering the fact The Legend of Zelda: Breath of the Wild is a game we’re all going to enjoy so much, you think we’d be happy about the fact it’s getting dlc but no. Instead, some of us are incredibly angry, but maybe that will change after you read this.

Bill Trinen swung by IGN’S Nintendo Voice Chat podcast this week and he had a whole lot to say as far as dlc for Breath of the Wild is concerned. In fact he went so far as giving the perfect response one could possibly give and you can read it below, or just listen to it yourself by watching the podcast we’ve included beneath Trinen’s written response:

“It was tough, because we actually had a lot of debate in terms of do we announce it, how do we announce it. I think one of the things that’s unique about the way Nintendo develops games is when we’re working on a game, and certainly just knowing the history of Nintendo games, you guys know that it’s essentially we use every last minute to make the game as good as we possibly can, and really what that means is that the dev team was working on the main game, finished the main game, and as they’re starting to get to the very end and wrap it up, really they said, ‘You know we’ve made this massive world of Hyrule, we’ve spent a long time building it. It would be a waste to just make one game and have that be it.’

We want people to be able to enjoy exploring this world, and so they started thinking about, ‘Well, if we were going to do DLC, what would we do, how would we do it?’ And you can see that in the fact that it’s not… the DLC is not launching the day after the game or the week after. It’s coming out several months later in the form of the first pack and then several months after that in the form of the second pack. And that’s because the content is in development.

And so I think from my perspective, obviously if we were able to share more details, that would have been easier, but I think if you look to the example of something like a Mario Kart-type of a DLC approach, really what the goal is, is let’s give people the option to purchase it when they’re at the store buying the game and give them something to look forward to, and kind of let them know there’s more to come in this world. And if you’re a Zelda fan buying Nintendo Switch at launch and really you’re buying it for Zelda, I mean how happy are you to know that hey, I’m going to be able to play more Zelda in this world again later this year.”

Personally speaking, I’m looking forwards to the new content as it is a way of expanding on a game we have been waiting so long for and given everything Nintendo have put into it, why not take it even further? I’m rather hoping more dlc will be considered later on down the line, but that’s just me. What do you make of all this?