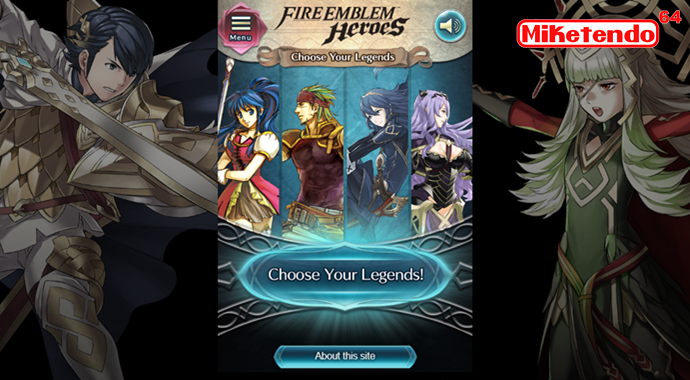 The Fire Emblem Heroes Choose your Heroes continues and having reached its midway point, Nintendo have provided more information on its standings.

It is thanks to Nintendo of America we get this information, demonstrating the top 20 voted male characters and top 20. But only one of each sex can win a special attire and right now that continues to be Ike for the Heroes, and Lyn for the Heroines. But as previously stated, all those who do place in the top 10 will feature on digital calendars that will see the first instalment release in March and continue on through the rest of the year.

Here’s a fun fact for you though, regarding the Choose your Legends event; you are not limited to just choosing your favourite characters once. Sure you can only vote once a day, but you can vote for the same character every day for the duration of the event. So if you wanted to try and Lucinia overtake Lyn, all you’d have to do is mention this little tip to your fellow Lucina fans and who knows, you might just tip the battle to her favour. It never hurts to try.