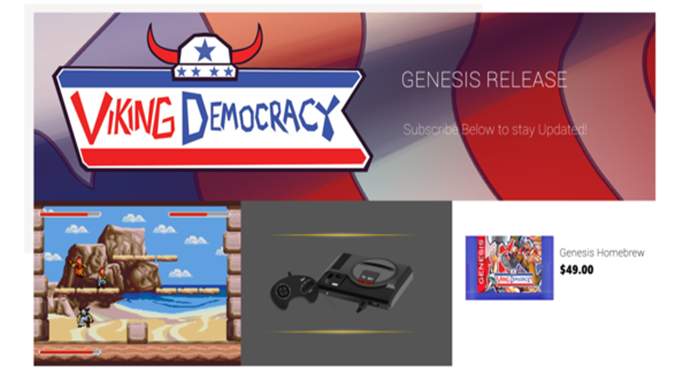 When was the last time you thought about Vikings? Like really thought about Vikings? Was it during that week or so in Elementary School when your teacher first informed you of their existence? Is it every time you see someone eating a turkey leg? Regardless, I’ve gathered together some common Viking facts and myths to get you primed into a primal, pillaging mood; rowdy and ready for some co-op brawling.

First and foremost, I regret to inform you that the most popular myth I’ve come across about Vikings is that they did not, in fact, wear horned helmets. Or if they did, there aren’t any records of it. History on the Net reveals that warriors went into battle bare-headed; and that the horned helmets were made up by painters around the Victorian era to romanticize Vikings. Romanticizing Vikings… sounds like a tough task.

SO FRESH AND SO CLEAN

Another unfamiliar fact about Vikings is that they were actually super clean, and cared a lot about their personal hygiene. Razors, combs, tweezers, and ear cleaners have all turned up on several different Viking excavations. Historians also have their bathroom habits pegged to at least one bath a week, which was actually more than most European groups at the time.

THIS PEE IS LIT

This next fact is not hard to believe, but interesting nonetheless; and NOT something you should try at home. Vikings used urine to start fires. Long story short, the sodium nitrate found in urine becomes easily combustible when mixed with a tree fungus called Touchwood. How did they discover this? Did they KNOW that urine contained sodium nitrate? Or were they just bored one night and decided to let it ruminate and see what happened?

MEET YOU ON THE BUNNY HILL

Vikings skied for fun! Can’t you just imagine!? Their mustaches, beards and braids studded with snowflakes and whipping in the breeze!? The first, primitive skis were developed by Scandinavians around 6,000 years ago by the Scandinavians according to The History Channel, and the ancient Russians may have invented them even earlier. Norsemen skied as a handy form of transportation as well as recreationally. They even had a God of Skiing to worship: Ullr.

Viking Men dyed their hair to conform to their culture’s beauty ideals! Brunettes and other non-blondes would “dye” their hair using strong soap concentrated with high lye content. Beards were often lightened too, and the strong soap mixture may have served a dual purpose: it also killed lice.

Viking children were considered adults at 12 years of age. Yikes. A young 12 year old Viking girl could marry (and divorce), and was expected to focus on housework while her 12 year old husband was out on the open sea.

A GIRL HAS NO NAME

Lastly, Vikings never identified themselves (or others) as Vikings. The History Channel explained:

“Vikings didn’t recognize fellow Vikings. In fact, they probably didn’t even call themselves Vikings: The term simply referred to all Scandinavians who took part in overseas expeditions. During the Viking Age, the land that now makes up Denmark, Norway and Sweden was a patchwork of chieftain-led tribes that often fought against each other—when they weren’t busy wreaking havoc on foreign shores, that is.”

THE MAKING OF A VIKING DEMOCRACY

Being that most of Viking history and lore is already so badass, some aspects were added into the game specifically to beef up the storytelling, weaponry, or just as a fun little Easter egg. Let’s take a look, shall we?

According to Norse mythology, there are nine worlds- all of which are held in the branches and roots of Yggdrasil: the world tree. Midgard is basically Earth, and Asgard is the home of the gods and goddesses. Bifrost is the rainbow bridge that connects Asgard and Midgard. Think Rainbow Road from Mario Kart, but just a straight run. In Viking Democracy, a whole level takes place here. (Fun fact- you can spot Yggdrasil there too!)

Sleipnir is Odin’s eight-legged horse, and a shamanic helpful spirit. In the game, there’s a Sleipnir Suit that acts as a power-up; because 8 legs are obviously better than 1.

Hilde is one of your character choices for gameplay, and she’s here to smash some stereotypes. She’s a fighter that actually looks like she’s been in a scuffle or two, and can most definitely hold her own against the boys. Her backstory reveals her to have not only brawn, but brains as well:

“Hilde serves as an advisor to a political aspirant, Snoki. He’s a trickster and manipulator, but nobody knows it. Snoki’s goal was to win the holy and frosty throne of the village for himself. Scheming and plotting against his rival, Snoki conspired with Hilde to steal the chiefdom in the next election. Luckily for the snowfollowers of the time, Hilde convinces this would-be Viking chief to run on a pro-kraken platform, as she tells him that the people in the village worship the kraken for all the good weather he brings.”

Jormungand (or Jörmungandr in Old Norse), is also called “The Midgard Serpent.” He’s a snake/dragon combo whose body is so enormous that it forms a circle around Midguard. The Jörmungandr suit is used as a power-up in Viking Democracy, complete with fiery dragon breath!

The UFO level of V.D. may just seem like an ode to Earthbound (which, partly, it is), but its connection to Viking lore is much deeper than it seems. There’s a legitimate theory among the extra-terrestrial community (here on Earth) that Thor, son of Odin and god of Thunder, was actually an Ancient Alien. The theory centers largely around “…who Thor was and his role on Earth, who his enemies were, and where his majestic and mythical hammer (named Mjollnir) came from,” according to Arcturi. So the UFO level is also a nod to the “Thor is an alien” believers.

Mjolnir is Thor’s trusty hammer, and a mega powerful item in Viking Democracy. It appears along with a clash of thunder and a bolt of lightning and, when used properly, can totally turn the tides of a match in your favor. Think Ken Comeback.

Viking Democracy uses mushrooms as fuel for special attacks. This is a nod back to Viking berserker warriors eating fly amanita mushrooms to go into a rage before battle. Gunnr himself is based on these berserker warriors, what with his explosive behavior and anger towards anyone who dares flick his antlers.

Kudos for making it this far, and hopefully you’ve enjoyed this little bundle of Viking lore Viking Democracy information! Use it to look super smart in front of your friends, or to break an awkward silence, or just to get better acquainted with Gunnr, Hilde, Bjorn, and Leif. Maybe they can teach you more about the Democracy aspect of Viking life, because I couldn’t find anything on that…

Should you have enjoyed all of the above content, then it should delight you that more content of a similar nature is planned as this content comes to us via Mega Cat Studios, whom we are now collaborating with. For more on Mega Cat Studios, feel free to read their quick bio below:

“We are an independent video game development studio with a global team. At our core, we are passionate game developers and artists who seek to create meaningful experiences through our games and services. We are all gamers, collectors and enthusiasts first. In a world of cloud storage, download codes and virtual licenses, we are excited and proud to create exclusive artisan collectibles that complements the effort that goes into indie and homebrew development. We love creating games. From retro cartridges to PC & current generation consoles, we want to get make games every gamer can access and enjoy.”

But should the bio not be enough, feel free to click on the link below to learn even more about Mega Cat Studios and their games:

One thought on “The (Un)Official Viking Democracy Cheat Sheet”