The Nintendo Switch Could see the Release of Another Zelda Game 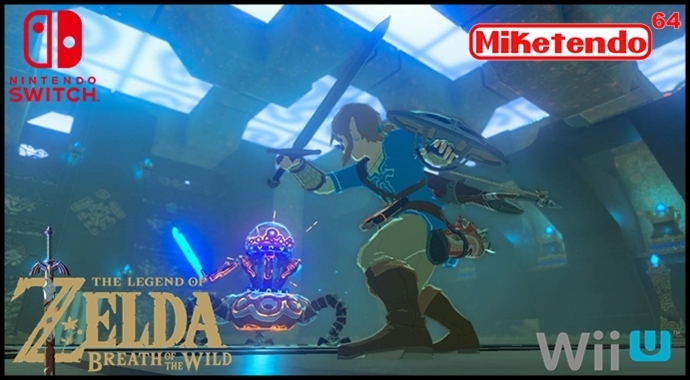 Not content enough with just telling IGN the version differences between Breath of the Wild for Wii U and Switch, Aonuma had something else to say that is far more important.

If its one thing gamers love most, it’s having their favourite series getting another instalment on a console/handheld they own and as far as Aonuma is concerned, it could happen as far as the Nintendo Switch is concerned, as he feels there is still more for him to do, what with him not being able to “fully use all of the new features of the system.” A statement he told IGN directly before following it up with: “There could be the possibility of another Zelda on Nintendo Switch.”

Now just before we move on from there, let’s not forget that during E3 last year, Aonuma actually expressed in doing the next Zelda game for home console, in the style of Breath of the Wild, but as another multiplayer game like Tri Force Heroes. Well given what we’ve seen from the Joy-cons so far, there are quite a few ways a Zelda title can take advantage of them, but since Breath of the Wild is actually both a Wii U and Switch Zelda title, it does mean the Switch doesn’t exactly have an exclusive title to call its own. Therefore releasing a second Zelda title for the Nintendo Switch a few years down the line, would make a lot of sense and make a lot of fans happy. Furthermore, Nintendo did actually previously state, as far as another big home Zelda game is concerned, given what they’ve currently learned and how easier it is to make games for the Switch, they should easily be able to develop another one inside of 2-3 years and now we can proceed.

So because Aonuma implied the possibility of another Zelda game for Switch, IGN followed up by asking him where would go next, given the scope and large scale of Breath of the Wild, to which Aonuma jokingly replied, “It’s always easy to top the best,” and then he said:

“I think the core element of Zelda gameplay kind of stays the same. There’s the main character development as well as characters you meet along the way, and then you learn new things as the character develops,” he said. “With that said I think we could keep all that, and then I do wonder how we can expand from here with that in mind.”

Then to add further possibility of another Zelda title for Switch, then play down the possibility and his way of throwing in a joke, Shigeru Miyamoto chimed in with this to say:

“Mr. Aonuma is the producer for Zelda. If we don’t create another one, he’s going to be out of a job that should be his motivation for another one. As a company, Nintendo releases a main series in our key franchises for every new hardware that we’ve put out. If we release another hardware, that’ll be another new Zelda.”

The Legend of Zelda may not be a series as popular as Mario or even Pokémon, but it is a series that has gone a long way in shaping the video gaming industry and since it is known for a fact that Nintendo does have four different teams working on Zelda games at the same time, it stands to reason that the next home console game is already in development. Additionally there is another 3DS rumoured to come out this year, one that Nintendo won’t disclose anything about until after Breath of the Wild has released. Should it turn out to be true and such a title does come out, there is a strong possibility that it, one remaster and one other game could release in the next three years before a second Switch title could release. (The remaster of course being Skyward Sword for Switch, but if that’s the case, Nintendo could just make that the game that takes full advantage of the Joy-cons capabilities.)

Whatever happens though is irrelevant, because two or three years down the line, given the amount of time we’ve had to wait already, the most die-hard of Zelda fans will still be playing Breath of the Wild.