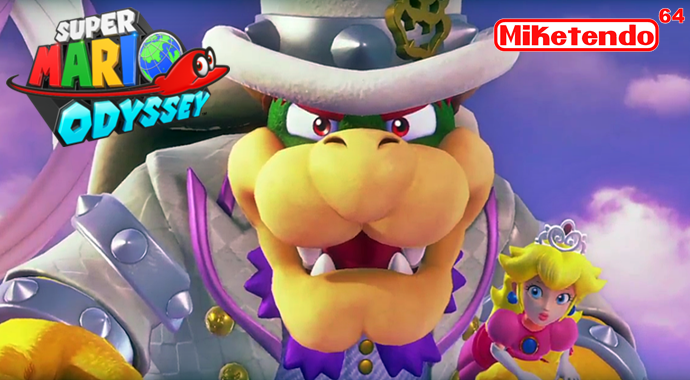 At the Nintendo Switch Experience last weekend, Super Mario Odyssey was given a stage show. Apart from the game footage that demonstrated Mario’s Moves, other tidbits of the game were also shared which looks into what you can expect in the different environments the game has to offer.

Development for the Super Mario Odyssey is pretty much finished so the game producer Yoshiaki Koizumi wants people to get their hands on it but Nintendo didn’t offer it as a playable demo at the Switch Experience because the release date for the game isn’t until closer to the end of the year.

The information below comes from the Nintendo Switch Stage Show that Nintendo hosted in Japan.

– development is pretty much finished

– the producer wanted people to get hands-on, but since the release is farther off, Nintendo decided to hold back
– the theme of the game is active exploration by players
– the objective is to rescue princess Peach
– Mario goes out from Mushroom Kingdom and travels a “certain Earth” with a hat-shaped airship
– go on adventures across various countries
– many ideas were gathered from the team to implement in the game and they build each one into a playable form
– the team keeps playing those elements over and over again
– the team only throws these ideas into the sandbox if they find it to be really fun
– Mario will have more facial expressions this time
– the hat is still a secret
– in desert buildings, you can enter and explore inside
– in the desert, go and explore a tower and Tokyo Big site-esque building which you can see far away
– the forest is well-suited for exploration
– the devs are putting effort into showing nice-looking grass and sunlight through trees
– in the city, Mario can jump to the ground from the top of a skyscraper
– you can also jump on/step on humans