The Legend of Zelda: Art and Artifacts Just Got a Whole Lot more Legendary 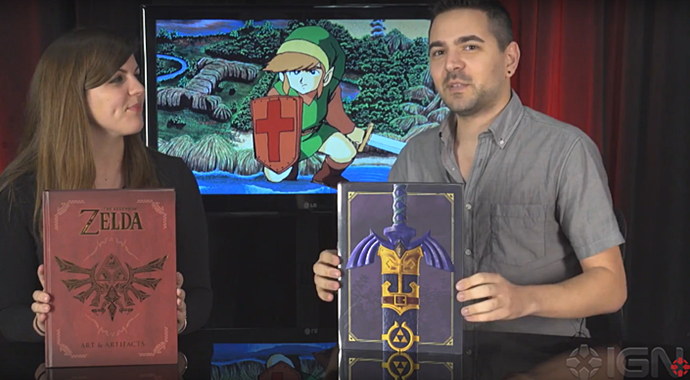 Remember when it was previously revealed that Dark Horse Comics are bringing Art and Artifacts to the west? Well now they’re releasing a Limited Edition version of it as well!

Unlike the standard Art and Artifacts, this Limited Edition is limited indeed as there are only 10,000 being printed and it has one heck of a Master Sword cover. Also for only one looking to trade up to this version, compared to the standard version we already know about, just know it is twice as much, although the standard version is currently on discount on amazon.com.

Whatever one you choose to purchase though, when they release on February the 21st both books do possess the same number of pages and just in case you have having doubt over which version you should get, here’s a quick glimpse at the product description of the Limited Edition and an IGN video which features both works:

“This exclusive edition of only 10,000 copies features an original cover with a raised 3D embossed Master Sword. The book fits into an acetate slip case that features a golden sheath for the Master Sword and emulates the sword being removed from the sheath when the book is removed from the top of the slipcase.

Containing artwork from the entire history of the video game franchise, including the upcoming The Legend of Zelda™: Breath of the Wild, this is the sequel hardcover to Dark Horse’s 2013 bestseller, The Legend of Zelda™: Hyrule Historia. It includes rare promotional pieces, game box art, instruction booklet illustrations, official character illustrations, sprite art, interviews with the artists, and much, much more!

The sword itself is a 3D embossed sculpt with a metallic foil finish and is printed at the size of an actual sword hilt to give the reader the satisfaction of unsheathing the realistic-looking sword from the acetate sleeve sheathe that encases the book. The cover’s background features the Lost Woods in a deep, custom-mixed purple ink with a soft touch lamination and spot-gloss UV which is framed with metallic foil. The pages are gold gilded to round out the premium enhancements.”

A tough choice now awaits all Zelda, muck like the choice to buy Breath of the Wild for Wii U or Nintendo Switch?

One thought on “The Legend of Zelda: Art and Artifacts Just Got a Whole Lot more Legendary”