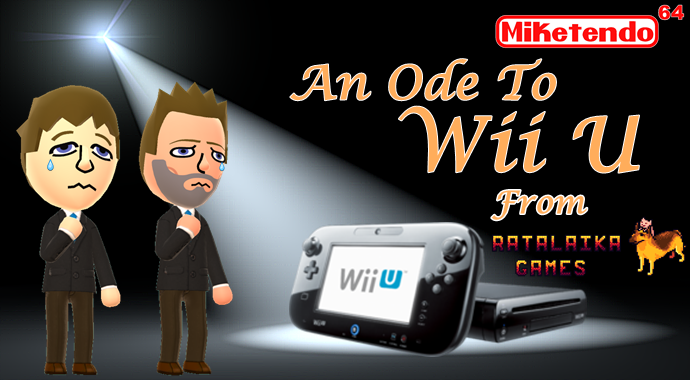 An Ode to Wii U From Ratalaika Games

Welcome to the third instalment of An Ode to Wii U, our interview series, which sees us talking to indie developers to see what they thought of the Wii U. Answering our questions in this particular piece is Adrian Vega of Ratalaika Games, a Spain based game development studio that is in the final stages of porting Plantera (currently undergoing QA), to the Wii U and 3DS:

Adrian Vega: “I don’t own a Wii U myself, but I would like to because I love the Pikmin series and I want to play the Wii U game, as I haven’t been able to play it yet. I’ve played the GC ones a lot of times!! I even completed Pikmin 1 back in day with all pieces in less than 30 days! I remember feeling like a hero back then.

Now as a developer, I think it’s a platforms most of us develop/developed for in order to gain some traction with Nintendo, as supporting both platforms is “cool,” because by release on both, there’s more chance of being featured. Plus back in the day, the Wii U was the easiest console to get access to.”

“It was the Weird Kid We all went to School With:”

Adrian Vega: “It wasn’t easy to be honest with you. All the documentation is old and so is the tools… The specs wasn’t great either but if you put some time and effort into it, you could produce some pretty good games!

Also if you compare it to its direct competition, it was the weird kid we all went to school with, the one that stood out due to its 2nd screen that you always needed to put extra effort in, or make some design choices for it that you didn’t need for PC or the other TV consoles. But still, if you put the effort in, the game would end up looking pretty damn cool!

Also having both touch screen & buttons made it easier to make different games than the typical ones you could see on a TV console. In our (Ratalaika Games) case, we have Defend your Crypt and Plantera.”

“It was a different kind of platform, so When Developing for the Wii U, you needed to Bear that in Mind.”

Adrian Vega: “Well the Wii U is different, like I mentioned earlier. It was a different kind of platform, so when developing for the Wii U, you needed to bear that in mind.

Speaking as a developer, I prefer to develop for the 3DS, but that’s probably because I love the 3DS as a gamer. Comparing the two, as a player with a 3DS, I favour the 3DS. It’s smaller, it’s portable, I love it and I play on it a lot.”

Once again, we’d liked to take this moment to publically give our thanks, this time to Adrian for answering our Wii U questions and just in case you want to feel like getting to know him and his company better, make sure you check out our previous interview with him, by clicking on the link below:

For more An Ode to Wii U goodness, make sure you stay tuned to Miketendo64 in the coming days and weeks as we do have more content just like this, on its way. Be sure to Like & follow us on Facebook, or Follow us on Twitter to make sure you get to see the next instalment as soon as it is posted. Or, as this is the third instalment, you can click here to see what Jay Kidd of Wraith Games had to say about the Wii U, or here for what Upfall Studios’ David Amador had to say. An Ode to Wii U is still just getting started!