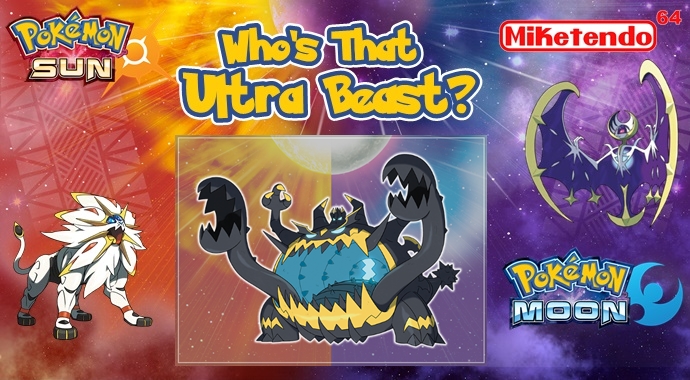 It’s not just old and new Pokémon who roam the Alola region, there’s Ultra Beasts as well, who are so powerful that they are considered a threat to both humans and Pokémon. Following the recent reveal of two more Ultra Beasts and newer information, it’s time for a round of 3 Who’s That Ultra Beast? posts. Now since we’ve already done Lightning, there’s only one more to cover and that is UB-05 Glutton!

Description: “This beast has an astounding appetite, and it will completely devour anything in front of its eyes. It’s said that it devours not only objects, but the ground, rivers, and even the seas!

Despite the abnormal amounts that this beast consumes, it’s said that it doesn’t produce any waste products. It’s possible that it’s completely converting everything it eats into energy to sustain itself, but the true details remain unknown.


Categorised in: Pokémon Sun & Moon, Who's That Ultra Beast?