[Editorial] Pokémon: Catching ’em All with a Different Approach 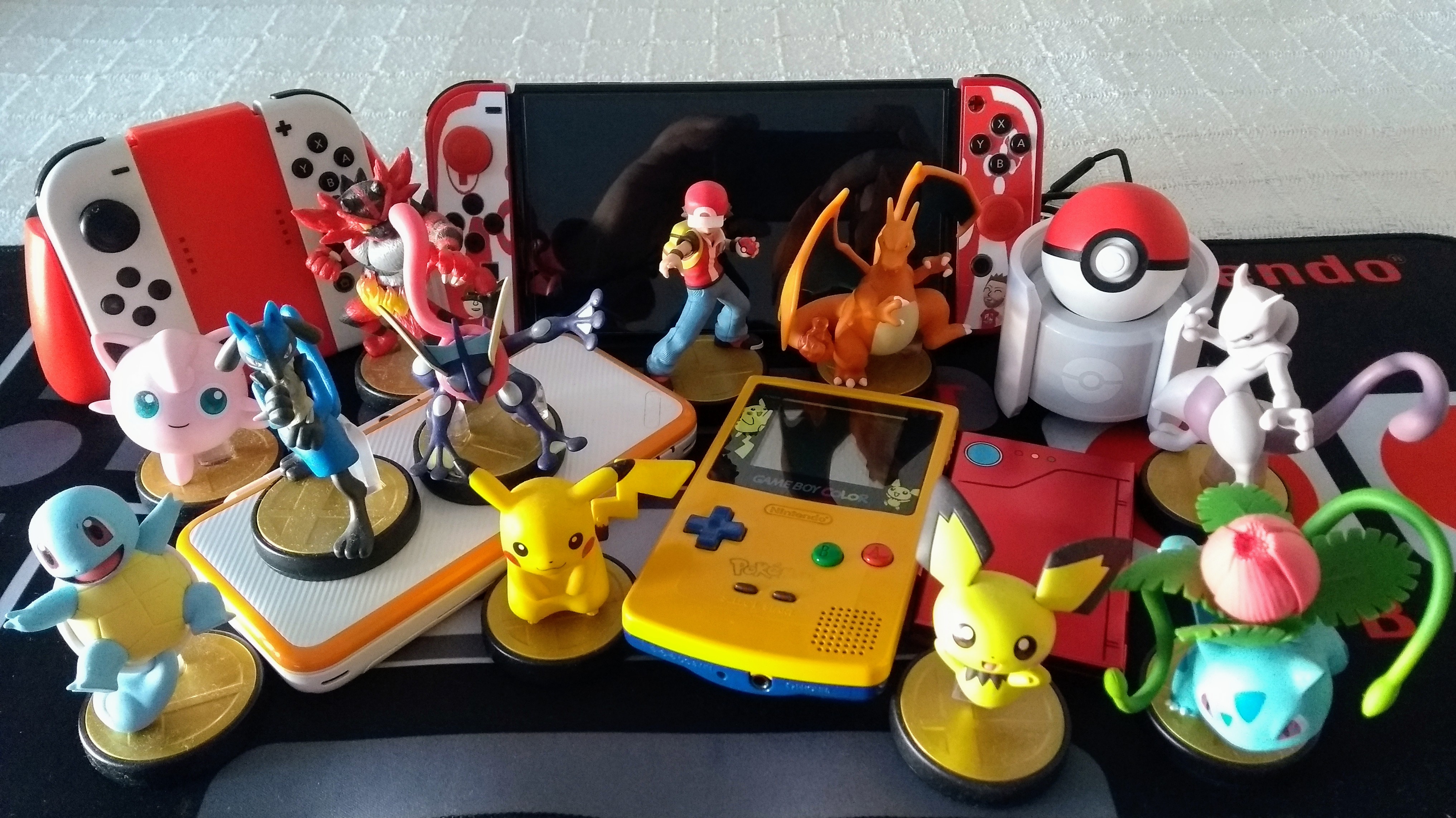 Appreciating the wonderful world of Pokémon in a different way.

I will never forget the first time I ever completed a Pokémon game. It was Pokémon Red and no, I’m not going to sit here and bang on about how it’s my favourite gen. Don’t get me wrong, it was a strong debut for the series but I am truly in awe as to how Gold and Silver delivered a much more improved adventure.

Featuring an expanded line-up of Pokémon thanks to an extra 100 pocket monsters to catch and just in case Johto wasn’t enough to satisfy players, they also allowed players to revisit Kanto as well. Although saying that, this isn’t me saying Gen 2 is my favourite either, as I do have plenty of love for the Hoenn and Alola games.

I do not and nor will I ever define myself as someone who picks one generation of games above all the others. They are each flawed and sublime perfection in their own way. What I will define myself as, is someone who adores Pokémon games, always have and right now, the three games I seem to play every day without fail at this current moment are: Pokémon Brilliant Diamond, Pokémon GO and Pokémon Café ReMix.

Because of the adoration I have for Pokémon, I do still feel guilty there was a decade where I almost stopped playing Pokémon games completely, which, upon reflection, is a great travesty. Still, it made things all the sweeter when, for the first time since Pokémon Red, I completed a Pokédex during my playthrough of Pokémon Moon.

The feeling of accomplishment it gave me, it was the same as the one I felt back when I completed the Pokédex in Pokémon Red. It lifted me up and completely restored my love in the Pokémon series and once more I was hooked. I immediately started playing more Pokémon games, including the very brilliant Detective Pikachu, which even to this day, is one of my all-time favourite Pokémon games.

I also dabbled in Pokémon Alpha Sapphire and Pokémon Ultra Sun, and yet, during my time with both games, I never even tried to complete the Pokédex in either game. Instead, I merely played the games, enjoying them as best I could and then moving the Pokémon I caught into Pokémon Bank.

Fast forward to 2018, the Nintendo Switch was dominating the market and a very controversial Pokémon offering was released in the form of Pokémon: Let’s Go, Pikachu! and Pokémon: Let’s Go, Eevee! and I loved every minute of them. The severe gameplay change was jarring at first, but, I greatly enjoyed Let’s Go, Pikachu!. I absolutely adore the art style, I love how each Pokémon looks in HD, including how they move, react and I will never again forget about all the lovely cutscenes either.

Love them or hate them, the Let’s Go games, in my opinion at least, are utterly fantastic. Yes, the Pokémon GO -like gameplay is a big turn-off to most, but during a time in my life where my father had just died, Pokémon: Let’s Go, Pikachu! was the game that helped get me through that dark period in my life and on top of shiny hunting, I spent enough time with the game to complete the Pokédex once again and that’s before I started transferring over some of my favourite Gen 1 shinies from Pokémon GO.

Still, as my time in Kanto was coming to an end, thankfully 2019 would give us the likes of Pokémon Sword and Pokémon Shield and once more, I knew what I needed to do. Discovering Galar would be a bonus, but I went into these games for the sole purpose of completing the Pokédex and that’s exactly what I did. Then, when Pokémon HOME released, along with support for all main series Pokémon games on Switch, I couldn’t help but bring other my old monsters from Bank and put them into the Gen 8 titles.

I might not have a personal relationship with every Pokémon I catch, but each one is apart of the long life I have lived and some, some were shiny Pokémon caught in Pokémon GO, transferred to Let’s Go, Pikachu! so, I could Mega evolve them and some were sent to Pokémon Sword, just so I could see their shiny Gigantamax forms, thanks to the Isle of Armor. Speaking of the Isle of Armor, with DLC confirmed for Sword and Shield, in the form of two additional areas to explore, there also came the Isle of Armor and Crown Tundra Pokédex to complete and yes, I completed both and, in this current moment, I have left the shores of Galar to explore the stunning region of Sinnoh.

Having never played Diamond and Pearl the first-time round, of course, I had to pick up Pokémon Brilliant Diamond, but, while I am on a mission to complete the National Dex in-game, purely out of addiction at this point, the true purpose of me playing these games, is to experience something I didn’t the first time. I wanted to see what I missed out on and I’m grateful I had this opportunity, but now that I spend the majority of my time looking after my newborn son, my time for video games is dwindling.

I cannot wait to get stuck into Pokémon Legends: Arceus when it releases later this month, but when I play it, it will be entirely at my own pace, on the pretense of playing a Pokémon game unlike any other I have ever played. I care not for completing the Pokédex this time around, just as long as I get to complete the journey and spend a great deal of it with my son to accompany me. He will not understand what is going on, but in time he will make for a great player two and I can’t wait to experience such an extraordinary game with him.

It is because of all of these things, especially reduced free time, I have come to a decision. I still wish to catch ’em all and I will try to do just that in the Hisui region, catching Pokémon and regional variants never before seen in other games, but when it comes to Pokémon Brilliant Diamond, while I might no longer choose to try and catch every remaining Pokémon to complete my National Dex, I have decided although I will catch what I can in what free time I get, once support for HOME to the Sinnoh games is offered, I will waste no time in transferring every Pokémon required to fill in the blanks.

After all, they’re not just numbers. They are Pokémon who have been part of my adventures as far back as 2016 and I wish to keep journeying with them. I’ve already got all the Heracross I could possibly need, so why should I try catching another, when I could bring over the ones I have and show them another region? Pokémon HOME is a tremendous application that helps keep the past alive and it would be a waste not to make the most of it. So, in conclusion, I still aspire to be a Pokémon trainer who catches ’em all, but now I’m all about Pokémon, new and old, and trying to enjoy the adventure for what it is, rather than just trying to score some gratifying in-game accomplishment that is a completed Pokédex. Hisui region, here I come!