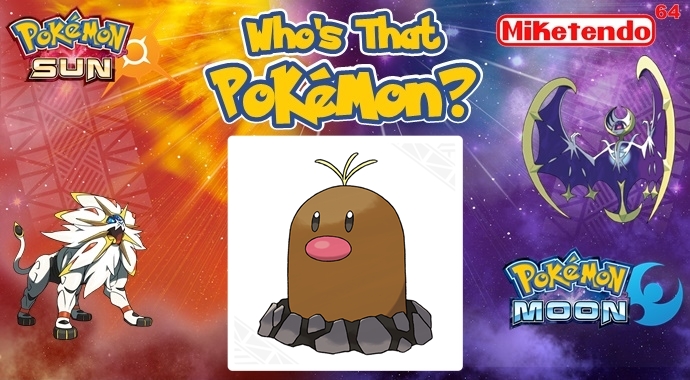 Welcome back to Who’s That Pokémon? the feature series regarding the Pokémon we can expect to see in the upcoming games. From Rowlet to Tapu Koko, and Drampa to Tapu Fini, we have covered them all, but now with the release of the games just days away, we have two more Pokémon to cover. We dedicate this edition of Who’s That Pokémon? to Alolan Diglett!

Description: “Diglett in the Alola region live near volcanic areas, so they have few places to hide themselves away. Their tunneling activity plows the land, creating cultivated soil that’s great for agriculture. Because of this, many people in the Alola region are grateful for the presence of Diglett.

The hairlike growths sprouting from Diglett’s head are metallic whiskers. It’s said they developed these stiff yet flexible whiskers in order to survive in the hostile volcanic environment. The whiskers provide a sensory function, enabling Alolan Diglett to scan the surrounding area without exposing their faces aboveground.