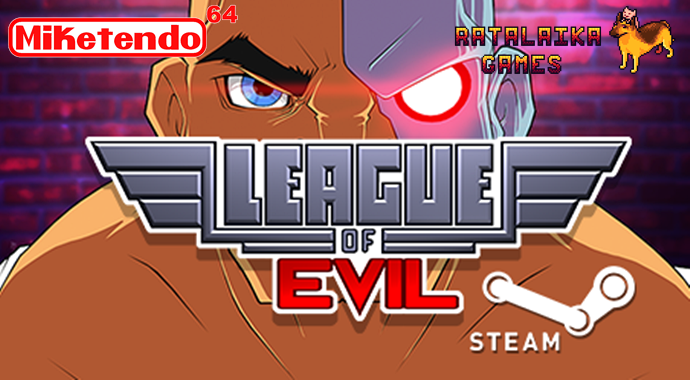 Ratalaika Games have just sent out a press release to announce that League Of Evil Will make it’s debut to Steam. There is still no word as to when it will come to consoles including the Wii U or 3DS but Ratalaika games are working hard to make sure that it will work cross platform from day one so there are no issues with level sharing once the game finally launches across multiple platforms. You can read the Press Release Statement Below.

Ratalaika Games – After a long wait, we can finally announce League of Evil‘s release in Steam. The original Woblyware Oy title will see the light in October 25th. Even though only for PC in the Steam Store, this will be the complete version of the game with the level editor working since day 1.

On the other hand, Wii U, Nintendo 3DS & PlayStation 4 users will have to wait a bit more to enjoy the title, since we want to make sure that the cross-share system fully works between PC and consoles, allowing people to create and share levels without problems since the first day

Also, if you want to try the game before buying it you will be able to do it in Madrid Gaming Experience from October 28th to November 1st in the Gamelab Indie section. You are all invited!

In the following links, you can watch some trailers of the game.

A small clip of the level editor

League of Evil is an action game where you, as a bionic super agent take on the mission to defeat the League of Evil. Use your acrobatic skills to punch your way through levels filled with deadly traps and defeat your enemies. The world is counting on you!

In this new version, we bring you new features such as new exclusive levels and a level editor, that will allow players to create and share their own levels! You can even share levels with players on other platforms as this function works between PC, Nintendo Wii U and 3DS.

The beta had been a success, and League of Evil has many additional custom levels ready to download, some of them created by the awesome beta-testers themselves. We hope you like it and enjoy making custom levels as much as we do.