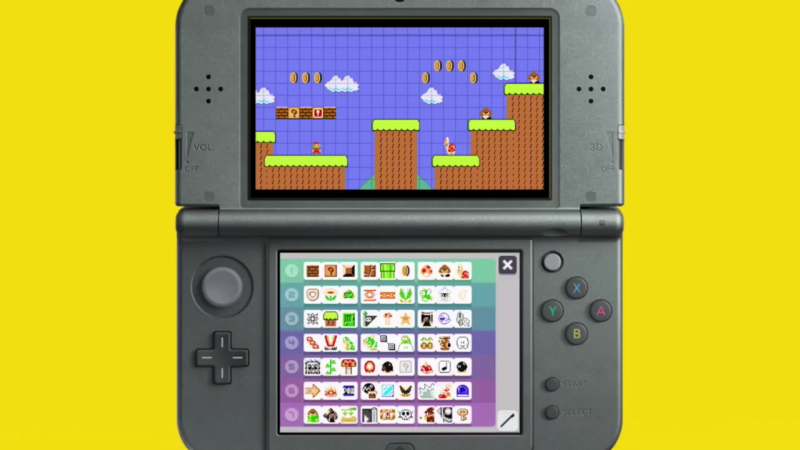 If you’re a 3DS owner who doesn’t have a Wii U, meaning you could never play Super Mario Maker, well now a time has come where you can!

Announced during the Nintendo Direct, Super Mario Maker for Nintendo 3DS is a port version of the game that lets you take on courses anywhere, at any time. It also comes with 100 levels designed by Nintendo that you can access right from the get go, which feature all kinds of medal challenges. Two medal challenges include one requiring you to collect every coin on a level, and another requiring you to defeat every enemy.

Players will also be able to access the Course World and play levels created by those on the Wii U version of the game. You won’t be able to search for courses by their Course ID, but you will be able to take on the 100 Mario Challenge and check out recommended courses. Players will be able to create their own courses with the very same tools as the Wii U version of the game, but bad news guys, there are no event courses and Mario costumes. Courses created with the 3DS version can’t be uploaded to the Course World but can be shared via Streetpass and wireless to other 3DS devices.

Super Mario Maker for Nintendo 3DS releases on the 2nd of December.