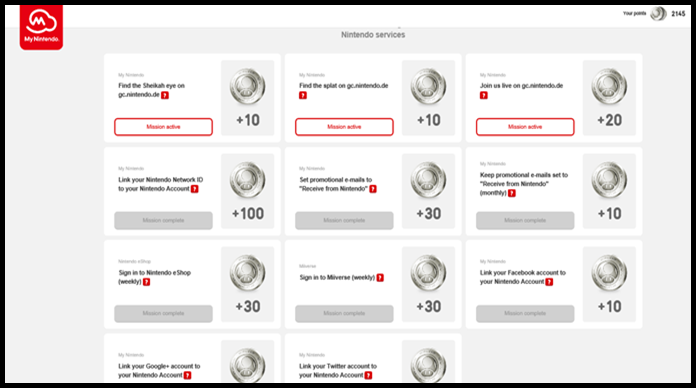 Once again Nintendo have added new mission for My Nintendo members, and just like the E3 Zelda missions had us searching for the official Nintendo E3 website for the likes of the Sheikah Eye, the Gamescom 2016 missions pretty much see us doing the same things.

Although one difference between the E3 and the Gamescom missions is that anyone with a My Nintendo account could do the E3 missions, yet here it seems those only in Europe can actually do the missions, just like how those who are at the actual event and play Mario Party: Star Rush, Monster Hunter Generations and two indie games of your choice, will be able to get 300 Platinum Points. But for those of you reading this who are interesting in earning yourself an extra 40 Platinum Points, the new missions are as follows:

Still just because there says there is three, don’t forget the E3 missions also had a secret mission, so there could easily be another one here too, just waiting to be found, for anyone who attempts and struggles to complete the first two missions, be sure to visit both the Zelda and Splatoon pages and take a good look, you should find what you seek. You’ll also need to be quick as the mission will only be sticking around until the 21st of August at 18:00 pm CEST.