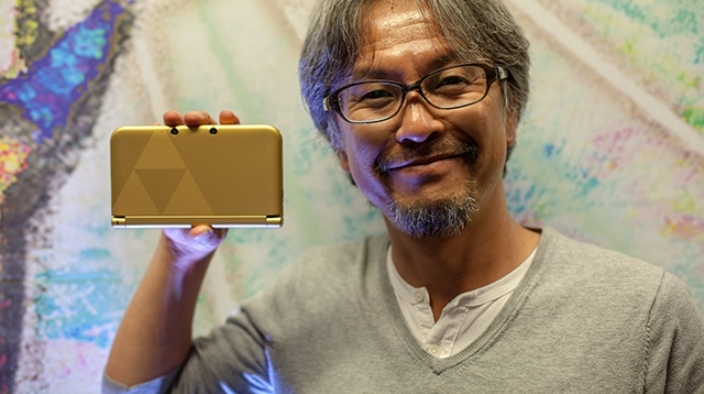 Eiji Aonuma is the current and well-known Series Producer of the Legend of Zelda and together with Miyamoto, the two have created some exceptional Zelda game, but it has recently emerged through an interview with Aonuma that although Nintendo want him to keep working on more Zelda games, they also want him to create an entirely new IP as well.

“Actually, Nintendo has been telling me to create a new IP. But then, they’re also telling me to make more Zelda games. I can’t really share much; I’m not sure I’m allowed to say anything. But I really like the idea of a game where I can live as a thief. That’s all I’ll say.”

We’ve all seen the success of Splatoon, one of Nintendo’s freshest Intellectual Property in a long time and Nintendo have said time they do want to create more, so you can understand why they would want Aonuma to be the man to do it what with his vast experience, and that’s great, but can Aonuma pull it off? Can he be able to work on future Zelda titles and this new IP, without it affecting the other, or will we start to see a slightly lower standard of Zelda games released? Given his talent, I think he’s more than up to the task, but only time will tell.