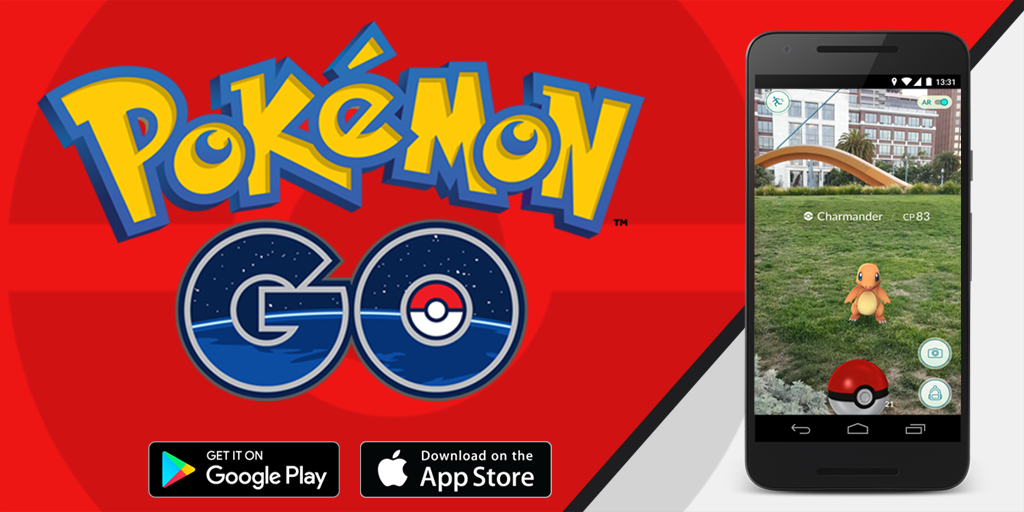 Pokémon GO officially released in Spain just a few days ago, which means I am now free to play and talk about in-game activities without having to face potential repercussions, say receiving a ban from Niantic because I played the APK file, since they did ban gamers in the early Ingress days and the ban rumour gaining more credibility now that “sources close to Niantic have confirmed temporary bands have been issued.” So yes now that I am free to say whatever I want, I can carry on where Mike Scorpio left off and give you a whole new bunch of Pokémon GO related coverage and today that means my first impressions.

Mike already talked about some of the issues he had when playing the app and although he did address them, a second opinion never hurts and being as how I have a completely different Android phone, it could make all the difference or none at all. So where to begin? How about with the battery? It is no surprise that Mike had an issue there, since a lot of us are having it and since I lost 40% of my own battery percentage when I invested 80 minutes into Pokémon GO, I can say with certainty the app is a battery life eater. Usually I can go 2-3 days before I need to charge my Sony Xperia Z3 Compact, but not if I’m going to be playing, so that is a big issue right there.

Another big issue is another one Mike picked up on and that is the app freezing on you, which is something that has happened to me a lot too. Every time a Growlithe appears in my apartment and I throw the Poké Ball at him, the app freezes on me, forcing me to quit and load the app up, only to find the catch didn’t save. After the fifth time it happened on Growlithe (and once on Spearow,) I actually gave up hope on catching one, until I was lucky enough to find one today in a location that is not my apartment. But again this is a big issue with the app that can be viewed as being off putting, such as the whole server issue and now that Niantic have released the app in another 26 countries, server issues have returned (go figure.)

Now he also brought up grinding and AR, well for me I have no issues whatsoever with the AR as it works perfectly fine on my end and with regards to grinding yes it is a hassle, especially when you’re at Trainer Level 1 and want to get to 5 so you can choose a your team and of course level up enough that you can start catching better Pokémon. Now I can understand his issue with catching the same Pokémon over and over as that would can get boring, especially in the main games, except here, with Pokémon GO, I don’t mind it as much. By catching the same Pokémon over and over, you will be able to strengthen the strongest version of that particular Pokémon you have and evolve it, since catching Pokémon rewards you with star dust and a number of candies pertaining to the Pokémon. And it’s not like you need to keep multiple Pokémon either as you can easily transfer them to Professor Willow, never to see them again, but you will get a candy for it. That said though, if you really want to strengthen your Pokémon, Gyms are the way to go, provided there are some in your area.

So yeah I can understand how grinding can be something of an issue, especially when you prefer not to make a single in-app purchase and instead get all of your items from PokéStops instead, or by levelling up, but unless you are able to head to a Gym owned by your team, or an unclaimed one that you can take for yourself, grinding is one of the only ways to get your Trainer Level up, but is a lot easier if you can find a couple of PokéStops grouped together, throw out a couple of lures and just milk the half an hour by catching as much Pokémon as you can that suddenly pop up. But if you don’t want to catch them all, since you see yourself as being more of a Poké Breeder than a Poké Trainer, well make sure you visit as many PokéStops as you can to get those eggs (allowed up to 9) and incubators and start walking. (Note there are different kind of eggs, such as 2K eggs which require you to walk a distance of 2K and although you can run it, you can go too fast, as travelling in a car, on a place, a train, a boat and even rollerblading will not count. There are also eggs that require you to walk 5K and 10K and they each offer certain Pokémon, so for the full list, click here for the one by Serebii.)

Providing you do GO the distance and hatch your eggs, you can get all kinds of perks for it, such as 500 experience points if it’s a new Pokémon, but also hatching the egg will give you experience points as well, which will vary depending on which kind of egg you hatch (and you can get candies! Lots or little, depends entirely on the CP of the Pokémon that hatches.) So for someone who wants to exercise or just breed, hatching eggs could just be the right way to go for and if you really want to get serious about it, you can visit the store and buy incubators so you can hatch multiple eggs during the course of your walk. (Provided you have the cash for it.)

All that aside, the game isn’t that bad, I like the pace, I like how it works and I like how I spent an hour today running around my village, going from one PokéStop to another, getting all manner of items, whilst catching Pokémon in between and yes I know PokéStops do refresh every 5 minutes but I wanted to see who else is loitering around my village and at the beach. Sadly though and for the life of me I can’t understand this, but I didn’t actually catch a single Water-type the whole 30 minutes I spent on the beach and yet when I headed into town, to where no water resides but people live, suddenly there were Squirtles, Poliwags, Magikarps and Staryus just waiting to be caught (but no Krabbys.) Instead of questioning it, I caught them instead, along with the “European exclusive, Mr.Mime.”

In the one hour I played it constantly, with my data on because unlike a lot of people, for me to use internet other than wifi, I have to use the credit I get from whenever I top my phone up, so prior to starting I put €5 euros on my phone, but after an hour, it was all gone. (I did however walk/Run 5K in that time as well.) So straight away that is an issue for me as there aren’t many free wifi places around, so for me to play the game, well it’s going to work out to be quite the costly affair and that’s before I even start on the microtransactions so as great as it is to have some decent Pokémon in my area to pursue, at the low level of 7 I am, Pokémon GO is looking to be something I will play very, very rarely, which sucks unless I go over onto contract and yeah that’s not happening.

So to round all this off, yes it is buggy, buy yes I also had a lot of fun doing it, the exercise is good, it was something of a laugh to see how many fellow Pokémon lovers there are in my village, with so many also out looking for Pokémon, but as much as I want to love this game and enjoy it for a long time, I can’t. It’s not finished. It needs more work, more updates and I’m not just talking about trading or more Pokémon. And it is just too expensive for me to be playing it as much as I would like to, so although this wasn’t meant to be a review at all, and is not written in my usual way, ultimately it is and out of 10 at this time I can only give Pokémon GO an 8.6. It certainly can and I expect it will climb higher in my opinion and score higher when more is added to it, but right now, Pokémon GO does not hit a 9 in my book but I am not ready to give up on this app yet and nor am I quite ready to stop playing it.