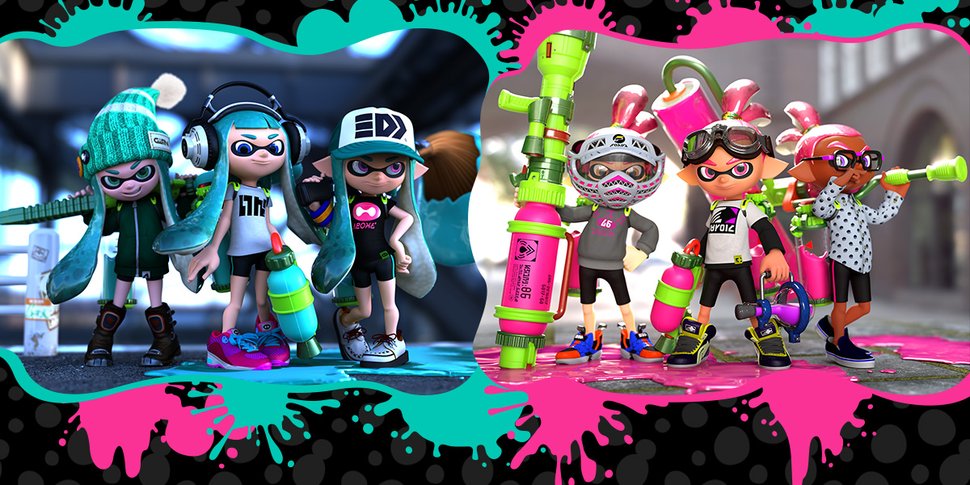 With the Callie & Marie amiibo set for release next week, it’s only natural that a new update would also be released around the same time and now it has emerged there is in fact a new update and we’ve got all the details from the release date, to patch notes.

For gamers in North America, you can get the update during the evening of the 5th whereas users in Europe and Japan will be receiving it on the 6th of July and now below you will find the full patch notes:

*Adjustments have been made to specifications for certain Main Weapons. (For full details on the adjustments and to which weapon, click here.)

*Adjustments have been made to specifications for certain Special Weapon Effects. (For full details on the adjustments and to which Special weapon, click here and be sure to scroll down.)

*Ancho-V Games: Fixed an issue in Rainmaker mode, in which certain terrain wasn’t appearing correctly on the turf map when inked.

*Fixed an issue that caused players performing a Super Jump while swimming through ink to appear to be sliding long distances to opponents.

*Fixed an issue that caused Ink Mines placed on enemy turf to occasionally be visible by opponents, whether or not they had the Bomb Sniffer gear ability.

*Adjustments have been made to make for a more pleasant gaming experience.

If you don’t get accept the free update, or have enough space for it (373MB,) you will not be able to use your new Callie or Marie amiibo (provided you purchased or play to purchase, one or even both of them.)