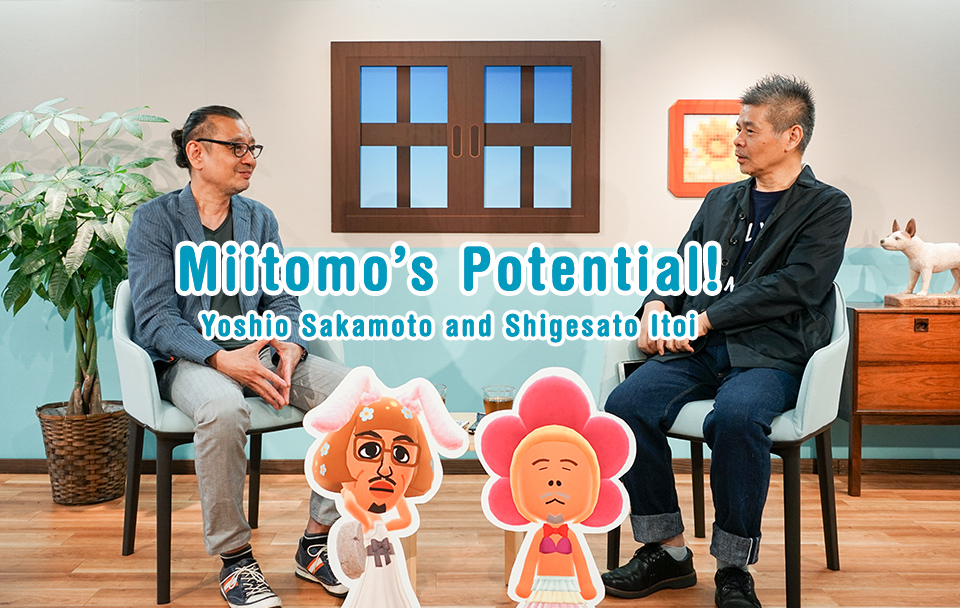 Since its free release this year, Miitomo got off to a good start, then found some good success, only to lose the interest of a lot of those who were playing the up, but the recent app has just made Miitomo a lot better and now to keep Miitomo still relevant, Nintendo are releasing a regular 6 Part interview.

The series is called “Miitomo’s Potential,” and it is posted on the official Miitomo site and features questions and answers by Yoshio Sakamoto and Shigesato Itoi. Asking the questions is Itoi, whereas answering the question is Miitomo’s Producer, Sakamoto. This series will run for 6 instalments, with the first posted yesterday, (Avatar (Mii) Editor) and the second (Feeling Happiness and Joy Just from Watching) released today.

Not just about where Miitomo will go from here, the interviews also cover where Miitomo comes from. With so much said, and a lot of dialogue to sieve through, finding the golden nuggets isn’t exactly a cakewalk, but then again, to truly appreciate what this segment covers and the information it provides, is to read all of it. So with that in mind, for those interested in learning more about Miitomo, be sure to use the links below to be taken to Part 1 and Part 2 of Miitomo’s Potential:

*UPDATE (05/07/16): Parts 3 & 4 are now live and their links have been added below. Part 3 is all about how there are 2 kinds of Miis, one used mostly as avatars and the other being a more living Mii, which we use in Miitomo. Part 4 is more about in-game purchases and how Sakamoto would like to see the app progress.

Miitomo’s Potential Part 5: Someone You Only Know a Little

*UPDATE (08/07/16): The final instalment of the 6 Part Interview is out now and the link to it can be found below. Now with it all over, we will be able to look over it all and get round to doing our Highlights article on Miitomo’s Potential.

As more Parts become available, we will be adding more links above and then just as soon as all 6 Parts are released, we will do a Highlights article on all it, but until then, that’s all of our Miitomo news for today.