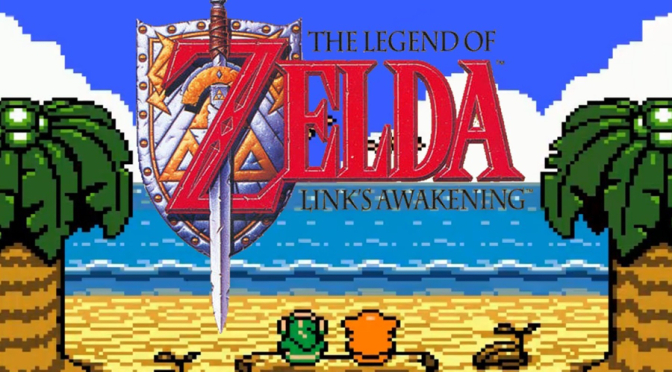 It was only last month Medli and the Master Wind Waker Pack came to Hyrule Warriors Legends, but the update could only last us for so long, so it’s a good thing the second lot of dlc along with Marin, is set for release next month!

Even better, not only are we supposed to get new content for the 3DS version of the game, but the Wii U version is going to get some content as well! Sure Hyrule Warriors Wii U won’t get the new map, but next month owners of just the Wii U game will be able to the Legends Character Pack and the Legends of Hyrule Pack and just in case you’ve forgotten what each one entails, you can find our summary, complete with prices, below:

Legends Season Pass: Legends of Hyrule Pack (Wii U only):

-Link’s Awakening Pack (Marin and a weapon for Linkle)

But for those of us with both 3DS and Wii U, the following information (complete with prices for those who didn’t purchase the Season Pass,) is what you can expect to receive next month, when the pack comes out:

-16 new My Fairy Costume pieces (For 3DS version only)

-A new for Adventure Mode (For 3DS version only)

Now we have yet to receive any actual game footage or character trailer of Marin in action, or even heard from Nintendo regarding the date of the update, but all of this was promised for July, which means the rest of this will be theorised.

Basically given what we’ve seen from Nintendo so far regarding Legends, I’d wager we will see the Marin trailer dropped during the first week of July, with a date being announced in the second/third week, with the actual dlc becoming available between the 20th and the 24th of July. And since we’ve had two SpotPass gifts now for Legends, I think it’s safe to assume we’ll be getting another gift around the same time of the dlc release, a gift made up of Fairy Food and another half a million Rupees. But if you’d rather take all of this with a pinch of salt until my claims are officially backed by Nintendo, I’m for it. You ever know, Nintendo and Koei Tecmo could even surprise us all and release it at the beginning of July.


Categorised in: 3DS, DLC, The Legend Of Zelda, Wii U