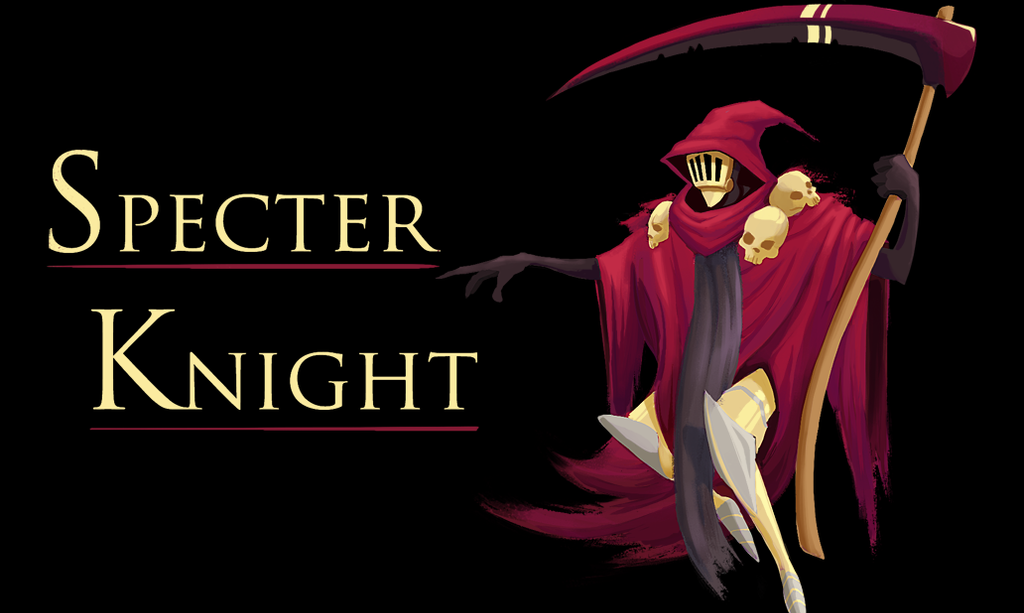 The Return of Specter Knight

Yacht Club Games have been very busy working on additional content for Shovel Knight lately and besides the King Knight gif and the occasional tweet, we’ve not really heard much of them, until now.

On the Yacht Club Games website a new blog post is out and it is full of plenty of juicy details, but instead of being a more gifs of King Knight, the post possess plenty of gifs of Specter Knight and reveals a whole range of details, which you can find right here:

The Return of Specter Knight And A reVITAlizing Announcement!

Welcome back, Shovel Team! Did you miss us? We missed you! We’ve remained hidden away, hard at work on new Stretch Goal Updates and more but figured this would be a great time to check in on where we’re at! Lot’s of animated images ahead!

Set aside your shovel and put those potions away — a new campaign is on the way! Starring no other than the shadowy Specter Knight!

Look at him go! You might remember him as a hovering apparitional adversary, but he now runs and jumps with the best of them. With his signature scythe in tow, he’s one of the larger playable characters too! Let’s take a look at some of his moves!

Press Attack to unleash a frightfully fast slash! Great for getting a hit in or striking an enemy before they can strike you!

The Dash Slash is one of Specter Knight’s most important skills for both combat and mobility! Jump into the air, line up your strike, and press Attack to make a diving slash toward the enemy!

Facing a tough foe? Line up repeated strikes and cut them down to size!

The Dash Slash can dive downwards or rise upwards! Initiate the attack while above an enemy to slash downwards, or start the attack from below to cut upwards! Master this technique to reach new heights!

Specter Knight makes up for his low jump height with peerless climbing abilities! If there’s a wall– there’s a way!

Move into almost any wall or ledge and Specter Knight will begin climbing. Once he reaches the top he’ll leap up to the higher ground. Specter Knight can only climb a set distance before falling or jumping away though so be sure to plan your path accordingly!

Combine Climb and well-timed Dash Slashes to traverse the terrain with ease!

I’m Ready! When Can I slice It Up?

That’s a good question! When Shovel Knight originally kicked off we focused entirely on making the original Shovel Knight campaign the absolute best! It’s the game we originally pitched and knew we wanted to spend all of our efforts and energy polishing the core campaign. After release, we gathered everyone’s impressions before cracking open the game once more to brew up Plague of Shadows! Plague Knight was a chance to build upon and deliver all new story, characters, and playstyle. We made many iterations (threw out a lot of ideas,) and learned some great lessons on how best to extend and change up the existing Shovel Knight game world.

With that experience fresh in our minds, the team here is now working on all remaining campaigns and updates at once! That means Specter Knight, King Knight, Body Swap, and Battle Mode (for PC and consoles.) That’s a lot more game — and it should arrive sooner than the wait between Shovel Knight and Plague Knight. Creating these updates simultaneously will allow us to plan more cohesively. How levels change between the two characters, how much time is needed for new mechanics/systems, stories interweaving, and so on. Once we’re nearing completion on one set of updates, we’ll be switching our focus to a single campaign to make sure it’s polished for release. Then we’ll be doing the same by switching to the next campaign! Here are some answers to the most frequent questions

This is by no means the end of all the information posted in the blog by the company behind Shovel Knight, as the blog also contains must read PS Vita information, but being a Nintendo site that is more interested in the Spectre Knight content, we’ve kept this article just about Spectre Knight. For the full article, click here.

Just as soon as we get any more details with regards to the game, we will be back to report on it, but before I do put down the pen, Specter Knight is the Knight I have been waiting for and after all this, I can not wait to play as him, but what about you? How do you feel about the scythe wielding Specter?