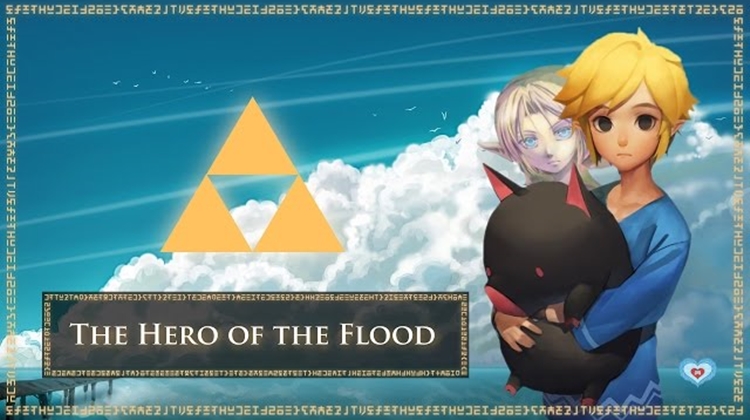 (Zelda Theories) Link is the Long Lost Hero of the Flood

As with every Zelda game, there is always a never ending video content of theories concerning a series that has been with us for the last 30 years and sure not all of these theories have turned out to be true, but some of them are just so well thought out that we find ourselves wishing they could be true and for me, this is one of those theories.

VortexxyGaming is something of a Legend when it comes to Zelda theories and her videos are always so well spoken and crisp clear and on the day we finally learned the name of Zelda Wii U, she came out with a timeline placement theory. A theory placement which goes against a lot of theories we’re seeing now that all seem to place Breath of the Wild as occurring in the Downfall timeline, as she sees Breath of the Wild actually taking place after Spirit Tracks. Sure you could argue there are plenty of reasons why her theory could easily be false, but her theory includes a hero who failed to just be that, a hero. An incarnation of Link, the Hero of the Flood that failed to best Ganondorf in battle, only to be given a second chance over a hundred years later. But seeing as she does a better job of explaining it, I’m going to shut up now and let her take over with the video below.

(Warning! The following video is a Zelda theory regarding Breath of the Wild, by VortexxyGaming. All views, opinions and theories expressed here are entirely her own!)

If you enjoyed this video from VortexxyGaming, make sure you check out her YouTube channel where you can find plenty more videos just like this one and hit that subscribe button, you won’t regret it!

Regardless of whether you do go down the subscribe route, you can be sure we’ll be posting plenty more Zelda theory videos from the great VortexxyGaming and others, so if you don’t see them on YouTube first, you can see them here instead.

Until then, Keep on Gaming!


Categorised in: Nintendo NX, Opinion, The Legend Of Zelda, Wii U, Zelda Theories