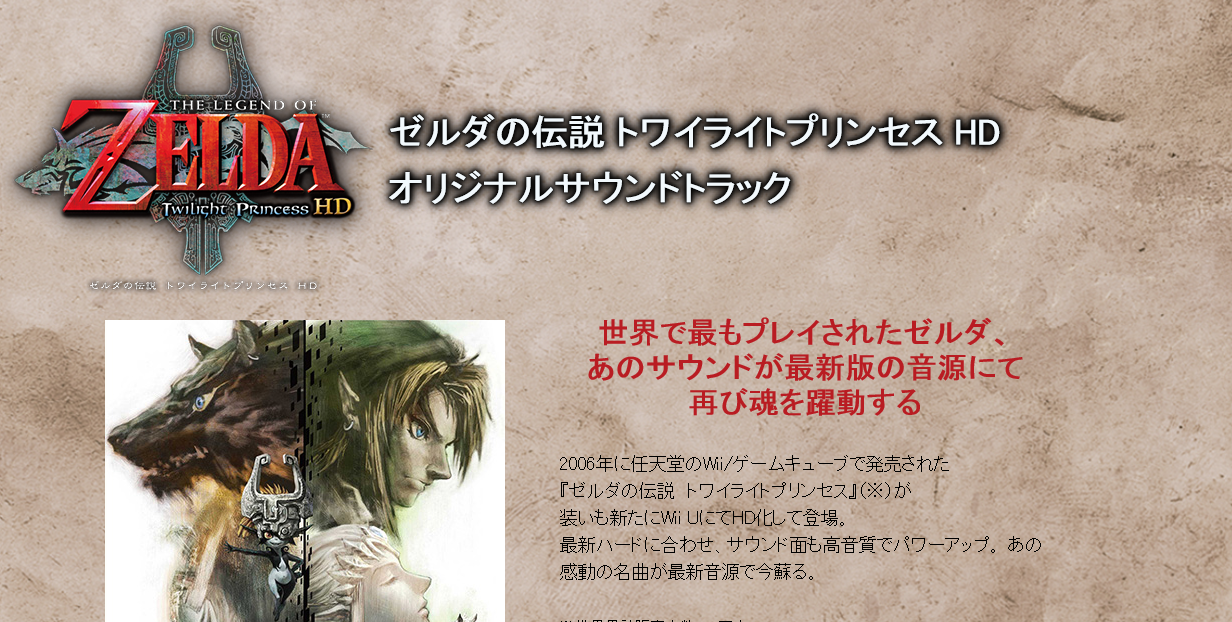 The Twilight Princess Original Soundtrack is Heading to Japan

When Twilight Princess HD was released, those who were in Europe got the soundtrack which featured 20 songs taken from the game, as part of the bundle. In America, you got the CD as a gift for pre-ordering the game and now Japan is getting a soundtrack that puts the one we got, to shame.

Releasing on the 27th of July, Japan will receive the Original Twilight Princess soundtrack, featuring 108 tracks all on 3 discs with the first having 40, the second having 37 and disc 3 having 31. The soundtrack will set you back ¥4611 (just under $45 dollars) but it does come with a mini-poster and all first print copies will also contain a badge depicting Link.

There has yet to be any mention of the ultimate soundtrack being sold in the west, and on the off chance it doesn’t, it just means we’ll have to order it from Japan instead, much like with the dioramas.


Categorised in: Announcement, News, The Legend Of Zelda