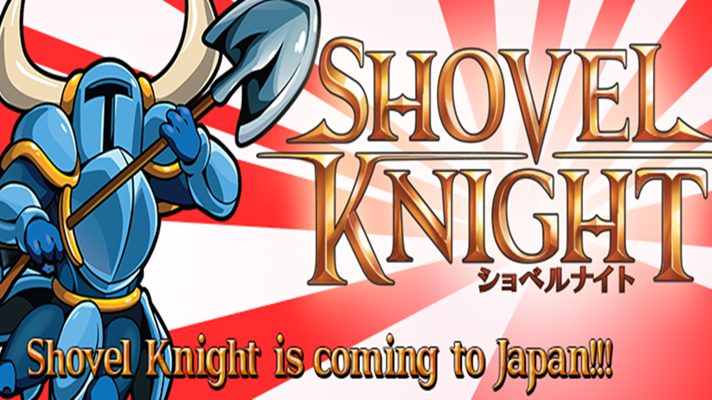 For too long Japan has gone without a Wii U & 3DS version of Shovel Knight, but now that we are in June, the ever brilliant videogame by Yacht Club Games, will finally see its dual Nintendo system release in Japan, and maybe, just maybe, a Shovel Knight costume will make it into Super Mario Maker.

Shovel Knight is coming to Japan on June 30th for Wii U and 3DS! Be sure to follow @YachtClubJP for the latest news! pic.twitter.com/iKJML587DE

As well as the Japanese version of the game, there is both a Japanese version of the site, where the likes of Knight bios and more will be posted. There is even a Japanese Twitter account for the game (@YachtClubJP.) But before we love you and leave you there, Yacht Club Games continue to work on the additional campaigns for Shovel Knight and while we’re still waiting on additional details, in a discussion on Twitter, Yacht Club Games “confirmed” Shovel Knight: A Goaded Ghost for the Specter Knight campaign. Below you will find both a pic of the conversation and a little something extra to summarise the 2 year rise of Shovel Knight.