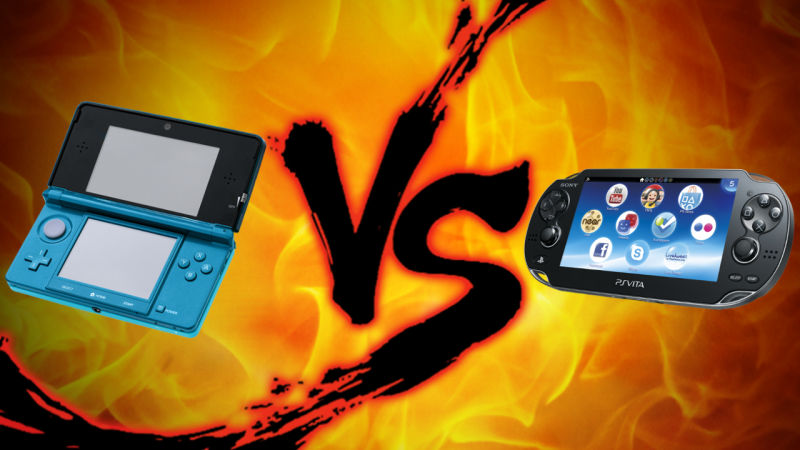 3DS vs PSVita: Why you need Both!

As I run a handheld gaming group on Facebook the topic often comes up which is better. I personally like both equally and if you can afford to have both I strongly recommend it.

Both systems turned 5 years old this year. 3DS has sold more in the West than Psvita.

Graphically the Vita is on top even considering 3DS’s 3D feature, which I don’t use anyway.
And the Vita is more lightweight and comfortable to hold.
Both have a great battery life, especially the newer models.
A downside is that the memory cards for Psvita are expensive while the 3DS ones are not.

Many people have said that the Vita is dead. I disagree because it still has games announced for it and a steady amount of releases.
The 3DS went a little stagnant for me for a while with all the spin offs that were being released, it felt like it was just to tide us over.
However the 3DS will be around longer and we get many games localised. Im happy the 3DS has had some exciting games announced recently.

While the Vita has many games we will never see.
I appreciate the companies adding English subtitles to some games now so we can experience them.

I play the 3DS when I want to really relax with a fun game. Whereas I usually play the Vita if I want to get stuck into a RPG for hours.
Both systems have good and bad points and offer a deep selection of games.
You are missing out if you choose one over the other. But on their own they should be enough to keep you happy if you do have a preference, and some
Gamers like to remain loyal to one company.