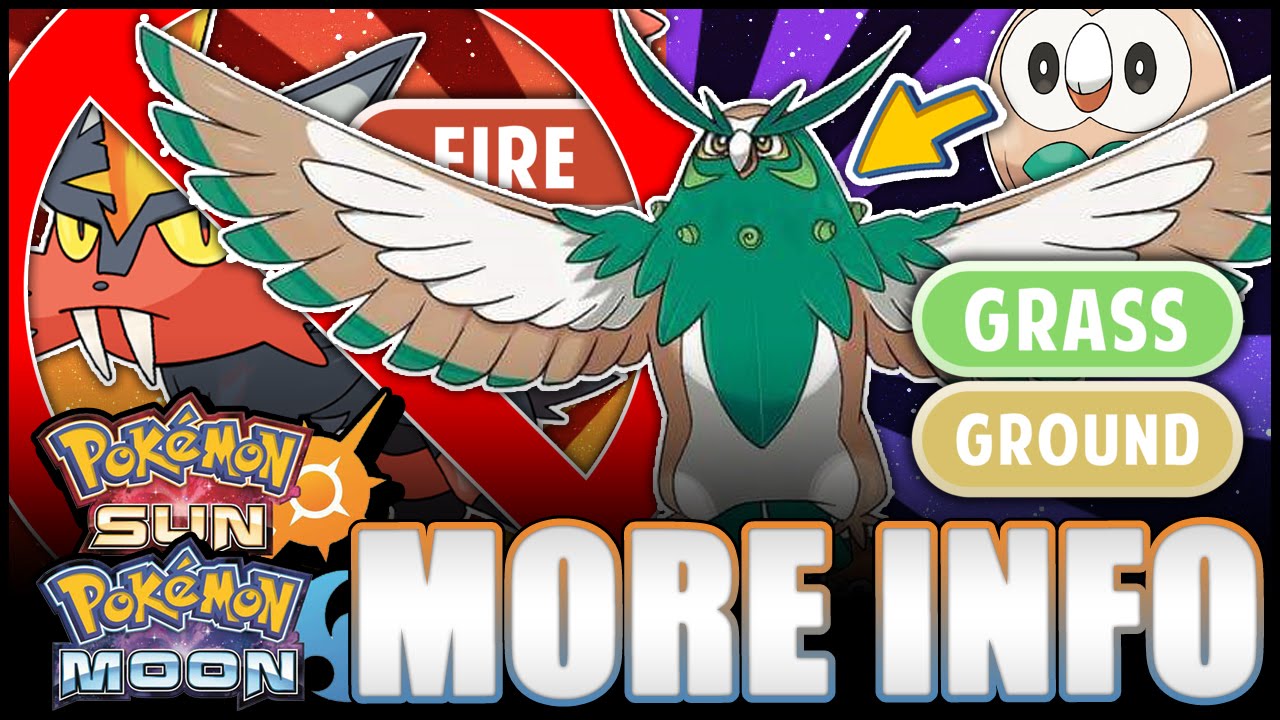 With the 2nd of June not arriving fast enough, another Pokémon “leak” has come to be and we’re going to be covering it right here! Last week we shared pdwinnall’s video regarding the reveal that by accessing the official Japanese website that other types can be found for Litten’s & Popplio’s final evolved forms, but that might not be the case and pdwinnall is on hand to explain why:

(Warning! The following video is a Pokémon related discussion regarding the upcoming Sun & Moon games, by pdwinnall’s. All views, opinions and theories expressed here are entirely his own!)

As far as Rowlet going on to become a Grass/Ground-type goes, it does actually make more sense than Litten becoming a Fire/Ground, as Fire/Rock would be better. Or to go by his looks, Fire/Dark or Fire/Poison. But Rowlet to become a Grass/Ground would make him the second starter that evolved into such (Turtwig eventually becoming Torterra.) It would however (if the images are true) that Litten might not get a second type whatsoever and simply remain as a single Fire-type. It would be interesting if that was the case, but at the same time, it might actually put off a few gamers from choosing the starter if he’s only going to remain one type.

In the event you did like the video, be sure to subscribe to pdwinnall so you can see a lot more of them and should you have anything you wish to say on this, feel free to comment either here or on the comments section of this video on YouTube. And just in case you missed the first video of his we posted, you can find that here: