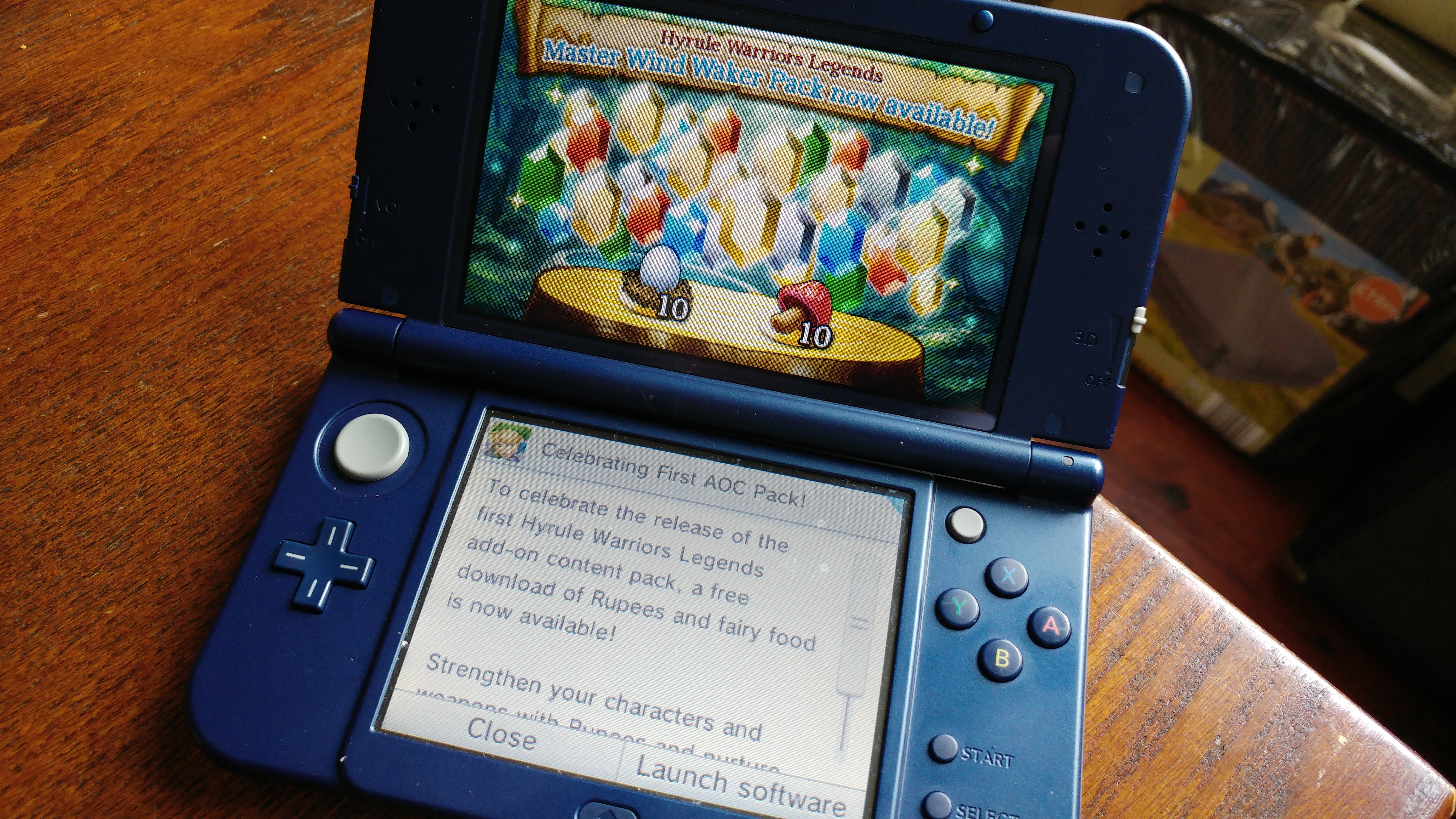 Celebrate the Release of Legends DLC in Style!

Today is the day owners of the both versions of Hyrule Warriors, can get their very own Medli as part of a free update, which is out already in Japan, and will also become available in other territories as the day progresses. It’s also the day the first dlc Pack for Legends comes out, but that’s not all!

To celebrate the first dlc release for Hyrule Warriors Legends, anyone who brought a copy of the game, can also expect to pick up half a million rupees and some Fairy Food (10 Delicious Weird Eggs and 10 Delicious Odd Mushrooms.) This gift comes to us via SpotPass and you’ll know you’ve received it when you have a notification telling you about the gift. To receive your rupees and foot, be sure to launch software.

For anyone who has forgotten just what the Master Wind Waker Pack entails, the footage below should easily refresh your memory.