Skip to content
Nintendo NX The Legends of Zelda Wii U

Why Hype is Ruining Zelda U 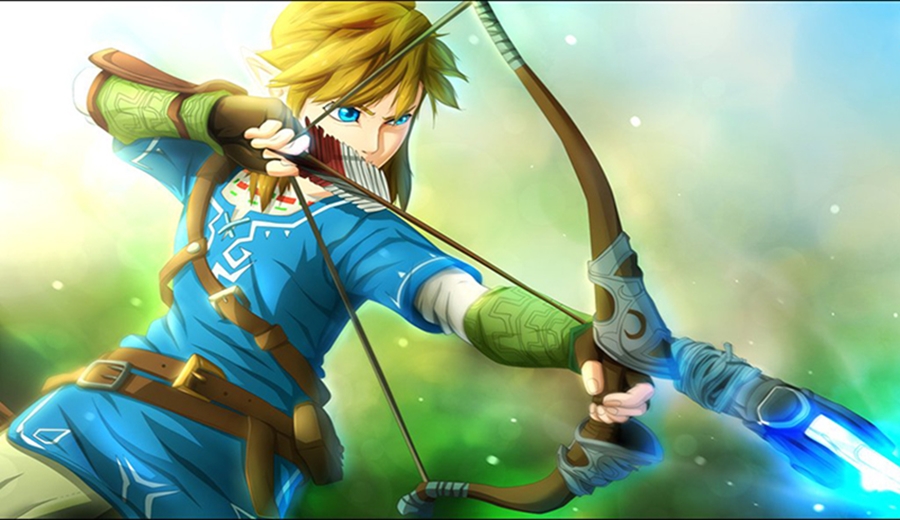 #ZeldaWeek continues here on Miketendo64 and given the delay we learned about yesterday, we’re not going to let it drag us done and ruin what is meant to be a joyous week, reflecting on a wonderful series.

Although one thing it did do, as mentioned near the end of the last big feature as part of this week’s event, The Legend of Zelda: A Tale of DLC & Amiibo, there was going to be a whole bit going into how Zelda U is still Zelda U, but it will also be out on the NX, as opposed to just becoming an NX exclusive (to think, I had a whole, “of course it’s going to be on the Wii U! Every home console has had 1 new Zelda title released on it” argument lined up.) Instead though, I am just going to focus on just how hype is ruining what could be an incredible game for all of us and it’s time we started telling certain Zelda theorists to stick to a singular theory, as opposed to constantly coming out with a new one every week, which contradicts their last one.

It is no secret that all this waiting is getting to be beyond ridiculous, especially when it is looking like Zelda U by the end of it, will be a game that’s taken 6 years to develop. Worse yet is since a trailer of it at E3 in 2014 and another clip of footage during a Nintendo Direct in November last year, Nintendo are being very tight lipped about it, but even then that’s not the worst part? “How?” Might you ask? Well with Nintendo still saying nothing, we’re all here going insane as we’re constantly checking the internet for any and all news regarding the upcoming game and when finding none, we’re going to the YouTube and blogs of established Zelda theorists.

Before I even begin with this next bit, I have nothing against them, I am a huge fan of @GameOverJesse and his theories. I don’t have to like them all and there have been one or two here and there I didn’t agree with, but that’s the point, we don’t always have to agree with everything they say and accept it for fact, which is something a lot of us are doing at the moment. They are just throwing it out there and we can seem to get enough! But at the end of the day, they are just ordinary people like you and me, who are not affiliated with Nintendo, only difference is they’re speaking out about what their thinking and most of the time, film themselves doing it. Even I’ve done it, spoken out on my own Zelda U theories, which will not be making an appearance here, I can assure you  of that!

As far as some of the theories go, there have been some good ones and some not so good ones but what really gets me is when you hear some of these great theories, great possibilities of what the game could be, we get that in our heads and we obsess over it. We share that theory with everyone we know and when the time comes and Zelda U/Zelda NX does in fact release, we’re all going to be disappointed. Not because it won’t be a great game, but because it won’t be the game we have spent the last few months/years hoping it would be. It is so easily to get your hopes up and then get very disappointed with the end results. I have every faith Zelda 2017 is going to be a great game, but we need to stop pinning our dreams on theories and ideas that just may not be. Zelda U is going to be exactly what Nintendo want it to be and for now, all we know for fact is that it is to be a game where we see another side to Link, in a vast open world, which is to be the biggest one to date, in the largest Zelda game in the series.

It would be great if we had a name, but we don’t, but with E3 around the corner and Zelda U being the only playable game as far as Nintendo are concerned, you can bet your sweet arse we will be given a name then, just like we got a name for Tri Force Heroes before it released a few months later, because we didn’t even know anything about that game until E3! When it comes to Zelda, Nintendo likes to keep their cards to their chest and maybe they should, it’s certainly something that keeps us talking about it, long after it was first announced.

Also one positive to take from the whole Zelda U is going to be on the NX, sure it may no longer be a Wii U exclusive title, but it does mean there will be a new Zelda on a new console during the time of its release, which is something the Wii U didn’t have. Yes a lot of us brought Wii U’s just so we can eventually get Zelda U, but a lot of us didn’t buy a Wii U because they didn’t want to have a console that would see them have to wait so long for the new Zelda game came out. I know it’s annoying, it’s frustrating, but if we only focus on the negative things, then we’re ruining Zelda U for ourselves. Let us be grateful for the games that we do have, the HD remasters or newer handheld titles such as A Link Between Worlds and it’s direct sequel Tri Force Heroes, because they may not be the best, but they are what we have now and they deserve some love and attention too, even if we have played them to death.

In no way am I saying you can’t talk about the new game, just don’t focus solely on it because that and the lack of news from Nintendo and the theorists who change their minds as much as I change my underwear because all of that together is greatly damaging how much of an impact the game will have upon its release and will only continue to cause us severe headaches, disappointment and further arguments. There is 30 years of an iconic series for us to enjoy, so let’s just put Zelda U to bed and focus on the series of games that are out, at least until E3!

Only real shame is that the 30th anniversary has come and gone and there’s no title that will be releasing this year, which will get to wear a 30th anniversary mark, as Twilight Princess HD certainly didn’t get to have that honour, but who’s to say there won’t be another title revealed at E3? Mario got Super Mario Maker as his 30th anniversary game, surely Link deserves the same treatment, Twilight Princess HD at the end of the day, was just a remake, Link does still deserve something new regardless of Zelda U being pushed back to March 2017. But that’s enough about that for now, because I really don’t want to include any rumours in this piece, I can easily save it for the next article, but with Zelda U delayed again and Nintendo decided not to do any dlc of any kind for Twilight Princess HD because they would rather focus on Zelda U, they might just revisit the idea to tide us over for a little bit longer. We can only hope!

Thank you for taking the time to read this and we hope you that despite yesterday’s revelation that you can upon Zelda U in a new light and spends some time with the rest of the games in the series. As for what’s next as far as #ZeldaWeek goes, tomorrow we’ll be posting a feature concerning all of our favourite Unreal Engine Zelda footage for all to enjoy.