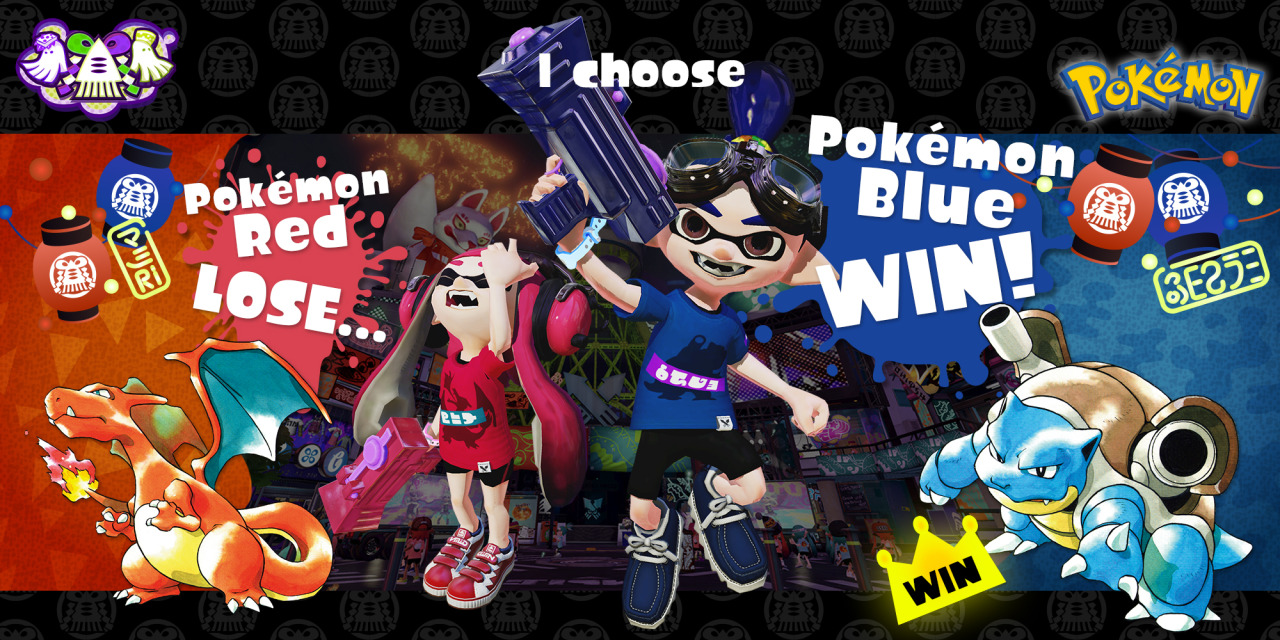 This weekend saw quite possibly, the biggest Splatfest to date, a Splatfest that took place in three continents and asked what team are you? Pokémon Red? Or Pokémon Blue? Turns outs, the answer was clear, Pokémon Blue.

Red was the crowd favourite in all locations (Europe, North America and Japan), but popularity alone wasn’t enough to see Pokémon Red gain a single overall victory as Team Pokémon Blue was victorious in all three Splatfests and it is all too understandable. I’m not going to say they didn’t deserve their victories, they worked hard to get them, but when I was trying to do my part for Team Red, if I wasn’t having constant connection problems, I was pretty much going into battle against another Team Red, which despite gaining Red a victory no matter who wins, it also gave us another lose, thus paving the way for Team Blue to storm ahead.

Either way, it was another great Splatfest and the better team/fanbase won and we finally got the answer to an old question. Pokémon Red may have been the most loved one, but Pokémon Blue & Green are the badass ones. You can find the results to each Splatfest right here:

From the results shown, its clear Team Blue and Japan’s Team Green, had no real competition whatsoever, but Team Blue did have type advantage and as for Green, I reckon Venasaur mega-evolved and hit Charizard with a solar beam as good old Char was too busy doing something else that he wasn’t paying attention (Pokken Tournament perhaps?).

And in other Splatoon news, Super Mario Maker isn’t the only 2015 Nintendo game to get its own sweets as Splatoon is also receiving the same treatment, thanks to Japanese candy company, Nobel. Not only is Splatoon getting getting one kind of sweets, but two. One is squid-shaped gummy sweets, which only come in two flavours (melon and orange), but there’s also a hard candy sweet too. A hard candy sweet which comes in a wide range of flavours, but so far it’s looking like they’ll just be staying in Japan.